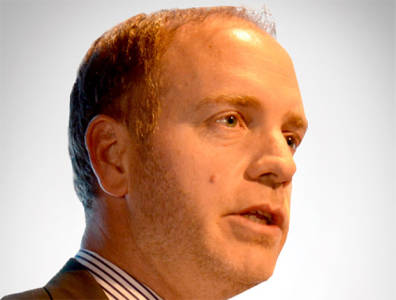 We do not believe in abstract additional advantages, but in special advantages for concrete projects that deserve them.

What have been the main energy industry management policies in Rio Negro?
[We have continued] on the path of adding value to the rich energy resources that exist in our territory. We have mining, oil and water resources, and also the possibility of developing solar and wind power. From the start of his administration, Governor Alberto Weretilneck worked towards highlighting their relevance, with the welfare of all Río Negro’s inhabitants on his mind.
We are working for a sustainable Río Negro on energy issues, based on the maximisation of all its potential. We are surrounded by rivers, we have strong winds, and now we can visualise another opportunity, thanks to solid waste treatment produced by our industries and cities. We have to think not only about their final disposition, but also about converting them into energy resources.
The macro conditions have been given after the passing of the national framework for the promotion of the use of renewable energy for the production of electricity, so we are at the right moment. We have to take advantage of these favourable conditions for the development of projects related to renewable energies. This will take place together with national and foreign companies, since they have both shown their willingness to associate with the province.

What is the status of the Río Negro’s upstream sector and what potential does it have?
On one side, we have recently renegotiated the areas where 90% of the gas production and 82% of the oil production are. These are contracts with demandable commitments with operators YPF, Ysur, Petrobras, Tecpetrol, Petrolera Entre Lomas, Petroleos Sudamericanos, Necon and Madalena Energy. This was a right that we didn’t enjoy before, we were one of the last provinces to undergo this process after the passing of the “Short Law,” which transferred the management of the hydrocarbons resources to the provincial jurisdiction.
Shortly, we hope to close three new deals so that the provincial legislature can give them the proper legal treatment and count on demandable and clear commitments. Up until now, this has given satisfactory results with over-accomplishment of the agreed investments in 2015.
With regards to exploratory terms, under this law we obtained concrete commitments so that every company can explore the remaining surface of the concession that was granted to them. Currently, we support the movement of oil activity towards the area of the Middle Valley, which is possible thanks to a public bid launched in 2015, and which was granted to YPF. Through this process, we created an exploratory block called Chelforó, which is the largest area of our hydrocarbons portfolio, spanning 6,800 square kilometres. YPF has started the exploratory activity there, which will extend initially for three years, and the company expects an investment of USD 8 million.
We hope that during 2017 we can launch similar bids in more than 15 blocks where we have gathered large and rich information.

How do you plan to increase the flow of foreign and national direct investments to the hydrocarbons industry? What fiscal advantages will you provide?
The renegotiation provides certitude for the next 10 years. This means that the companies involved with the production of oil and gas have their activity guaranteed for the next 10 years without any surprises. This has strongly impacted exploratory plans, generating greater activity by the licensees.
In the future, what we could do is establish base bidding documents and conditions adjusted to Law 27.007, with biddings that have international reach.
Regarding fiscal advantages, it is our intention that they adapt to the scope of the projects and the resulting investments. We do not believe in abstract additional advantages, but in special advantages for concrete projects that deserve them. We are willing to agree on those if necessary to [drive] activity in the province.

What is the importance of Vaca Muerta for Río Negro?
The characteristics of the Vaca Muerta formation that is beneath Rio Negro does not allow an intensive development of shale resources. In Río Negro, unconventional activity is associated with tight resources in other formations. Although, we are obviously within the range of activity impact of Vaca Muerta and we work daily to respond to that reality.

What role will Empresa de Desarrollo Hidrocarburífero Provincial (EDHIPSA), play in Rio Negro’s hydrocarbons industry?
EDHIPSA is one of Río Negro’s state agencies. It supports the state Secretariat of Energy, within the established framework of institutional strengthening with the aim of optimising the taxation in hydrocarbons issues. However, we are also working to exercise the full original mandate of the provincial state and manage the hydrocarbon resources we have in our territory.
This is why we hope that in the future, EDHIPSA will be able to proceed towards exploration, development and exploitation of non-renegotiated areas by itself, or with the assistance of or association with third parties – for example, through the formation of UTEs [transitory union of companies] or through bidding processes – and always within a framework of competition with private companies where EDHIPSA does not constitute an obstacle for foreign investments, and thus for development. In fact, we hope that the contrary will take place, that EDHIPSA as another actor with its capacity and expertise, can strengthen foreign investment through public-private partnerships.

How can the role of Río Negro’s SMEs be strengthened and their competitiveness increased in the oil and gas industry?
Together with the Secretariat of Science, Technology and Production Development of the province, we have generated working spaces with Río Negro’s SMEs, both in mining and in the oil industry, that have been very useful.
The goal of these meetings is to know the demands of the different productive sectors of Río Negro and look, from the scientific and technological side, for a solution that often times you can find in the province and is not known.
Under the law by which concessions were recently renegotiated, a “buy local” rate was established, which is audited through a follow-up commission, integrated by representatives of all the sectors involved in hydrocarbons activity. This plural space is a novelty in the national arena and is giving great results.

How can the provincial and federal governments co-operate to improve the performance of the provincial hydrocarbons industry and general socioeconomic development?
First of all, by respecting the areas of responsibility of each one for the industry. Also by promoting dialogue and encouraging the participation of all the jurisdictions in a federal arena, and which includes all the actors of the activity.

Where would you like the provincial hydrocarbons industry to be positioned by 2020?
Río Negro is the fifth-largest oil producer and seventh-largest gas producer [in the country], with a growing field in the area of Estacion Fernandez Oro, where half the provincial gas is produced and where today, four drilling rigs are working. We hope to consolidate these policies that we have had since early 2012, which certainly will allow us to have a more important role in the national context.