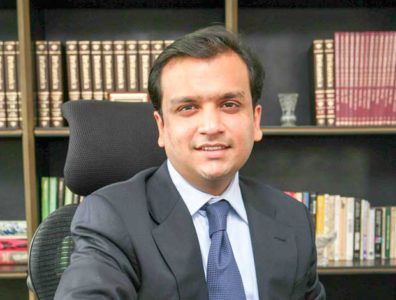 An Indian CBM contract allows free-market pricing of the gas produced. This pricing modality remains the main incentive for CBM investors in this market.

Publicly listed on the London Stock Exchange, the Great Eastern Energy Corporation Limited (GEECL) is a major producer of coal bed methane (CBM) in India. The company has drilled 156 wells and reached a production capacity of about 22.8 mcf (646,000 cubic metres) per day. President Prashant Modi tells TOGY about India’s potential and attractiveness for CBM producers and the local challenges of exploiting shale gas.

What is India’s potential for CBM production?

India has the fifth-largest coal reserves in the world, estimated at more than 300 billion tonnes by the Ministry of Coal as of April 2014. This means significant potential for CBM exploitation. The exploration of CBM in India is spread over a sedimentary area of 26,000 square kilometres and is already ongoing, mainly regions such as Jharkhand, West Bengal and Madhya Pradesh.

Announcements in 2014 of production increases by other CBM players are a clear sign that CBM exploration and production across India will increase in the coming years.

How attractive is India’s regulatory framework for CBM exploitation?

CBM in India is regulated by a very simple royalty contract without cost recovery, so the operator bears all the risk of its investments. The operator pays the same royalty on the wellhead price to the government regardless of its capital spending.

The royalty has a fixed portion of 10 percent plus a biddable production-linked percentage payment on sales, due as soon as the operator initiates commercial production from a given CBM block. As there is no cost recovery, it is in the interest of the operator to start and increase production quickly in order to recover the cost of its operations.

An Indian CBM contract allows free-market pricing of the gas produced. This pricing modality remains the main incentive for CBM investors in this market.

However, getting governmental and environmental clearances to start developing a block remains a long process that needs to be eased via a single-window mechanism by which all clearances would be granted by a single authority.

How does CBM drilling differ from conventional drilling?

One of the most important differences between conventional and CBM drilling is the production profile of the wells. Whilst conventional wells begin with maximum gas production, which then declines as the reservoir depletes, gas production from CBM wells increases over time before reaching its peak, at which point it slowly declines. Conventional drilling can reach depths of up to 5,000 metres or more whereas CBM drilling does not normally go below 1,200 metres.

In addition, CBM blocks are never uniform and companies usually have to implement different schemes and plans according to the specific geological conditions of each block. CBM drilling can include vertical, deviated or horizontal drilling, and the technologies developed always differ between blocks and drilling sites. Deviated and vertical drilling, for instance, require further fracking techniques such as sand fracking or nitrogen fracking, depending on the characteristics of the coal.

What are the challenges in developing a shale gas industry in India?

The exploitation of shale gas in India will succeed only if the country develops the necessary infrastructure for such operations. A solid pipeline network is a major prerequisite to be able to deliver the product to customers as soon as production starts.

As opposed to CBM, shale gas production characteristically peaks at very early stages, usually during the first year of commercial production. With shale wells costing about $10-15 million each, operators need to make sure they do not lose any of the output due to a weak national gas grid.

Developing shale gas requires land, up to 20,000-24,000 square metres per well, compared to just 4,000-8,000 square metres for conventional wells. Meeting these two requirements will be key to ensuring the emergence of a successful shale gas industry in India that could help sustain the country’s energy security.