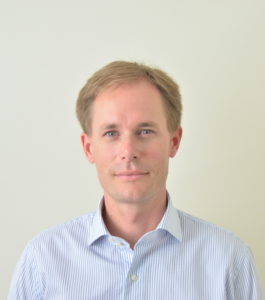 Yombo is now ruled by a new licence starting retroactively in January 2015. An ambitious work programme includes changing out of the FPSO Conkouati, a 40-year-old unit and one of the oldest classified operating units in the world. A modern and simpler-to-operate FPSO will lay the groundwork for the next redevelopment phase on this field.

Presence in the Republic of Congo:15 years

TOGY talks to Louis Hannecart, the managing director of Perenco Congo, about the developments of Perenco’s fields in the Republic of Congo, the company’s plans for the future and the importance of the country in the company’s portfolio. Perenco is a European exploration and production company operating in Central Africa and all over the world. The company has been present in the Republic of Congo since 2001, when a JV with SNPC was formed to operate the Emeraude field.

What are the updates on the development of the Emeraude field?
Our main project on Emeraude during the past years has been in-field reactivation of old wells and platforms. Emeraude was taken over 15 years ago at production below 7,000 bopd. It was increased around 9,500 bopd throughout the period without major drilling and only by working on the wells. Perenco has been working on these assets for almost 15 years to maintain steady production.
Two years ago a project focused to reactivate the northern part of the field was triggered, involving a well-by-well geoscience review, downhole monitoring of the water crossflows and a correction plan to manage the water alongside with surface platform integrity works. This project led to unlocking a 4,000-bopd increase of production early 2016, putting the field back to a peak of 12,500 bopd.

What have been the latest developments in the Likouala field?
Operatorship on the Likouala field was taken by Perenco a couple of years ago in a phase of steep decline and while the field was producing below 7,000 bopd. In 2012, a redevelopment programme started targeting a reservoir partially developed, which led to a new production peak in 2015 of 32,000 bopd.
Today the Likouala production is again in a phase of decline. Perenco is preparing a new drilling campaign starting 2017. This project is engineered in a very minimal way despite the fact that it involves complex in-field development drilling – to meet a challenging condition to work at USD 40 Brent for the production minimum case. This challenging project will involve refit and conversion of a jack-up rig in a satellite platform.
If successful, this project will open the door for other similar projects in the region aimed at developing some undeveloped discoveries.

What are Perenco Congo’s plans for the Yombo licence?
Yombo is now ruled by a new licence starting retroactively in January 2015. An ambitious work programme includes changing out of the FPSO Conkouati, a 40-year-old unit and one of the oldest classified operating units in the world. A modern and simpler-to-operate FPSO will lay the groundwork for the next redevelopment phase on this field.

What is the importance of Congo for Perenco’s African operations?
With two important projects starting, Congo will mobilise a large portion of the group’s capital expenditure for the next two years. Delivering these projects in time and within budget is of key importance as well as ensuring the efficient measures taken to push down field operating costs are fully maintained.