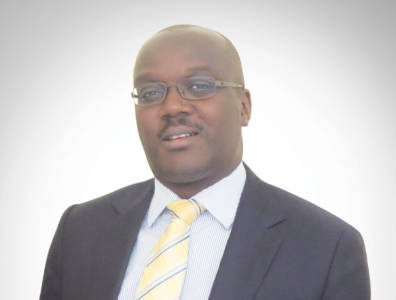 The performance of the local refining sector must be improved, and a new refinery will make sense if the facility is modern, highly productive and cost-competitive with international suppliers from the USA, Europe and Asia. Considering that the new refinery would have the capacity to process about 3 million tpy of oil, the output will need to also be suitable for export.

TOGY talks to Joseph-Denis Antchouey, managing director of OiLibya and president of Groupement des Professionnels du Pétrole (GPP), about the structural challenges and government policies impacting the downstream sector. Gabon’s refinery is struggling to keep up with increasing domestic demand, forcing an industry-wide rethink on imports and new downstream projects.

What impact do low oil prices have on the downstream sector?
Naturally, the downstream sector is affected by lower oil prices, since a large proportion of petroleum products consumers are industrial clients. When oil and gas industry activity decreases, these buyers have an incentive to consume less.
The state remains the most affected party, as a majority of its total revenues are derived from the oil and gas industry. This has a consequential effect on the country’s infrastructure projects and the activity of local companies.
Refineries have been able to purchase their feedstock at lower prices. But the windfall from cheaper crude has not been passed on to Gabonese consumers, as end fuel prices are controlled by the administration.
Previously, the refined products costs were at XAF 600-700 (USD 1.02-1.20) per litre and are sold at XAF 400 (USD 0.68) per litre, while the government subsidised about XAF 200 (USD 0.34) per liter. Despite the decrease in oil prices and refined product costs, products are still sold at XAF 400, however the subsidy has decreased and even turned into a tax benefiting the government and rather than end consumer.

How will Gabon’s downstream market benefit from the new 60,000-bpd refinery project being planned by Samsung C&T?
The Sogara refinery produces about 900,000 tpy of which 50% is atmospheric residual. Faced with growing domestic demand of 1 million tpy, it is no longer able to satisfy the needs of Gabon. The performance of the local refining sector must be improved, and a new refinery will make sense if the facility is modern, highly productive and cost-competitive with international suppliers from the USA, Europe and Asia. Considering that the new refinery would have the capacity to process about 3 million tpy of oil, the output will need to also be suitable for export. The Gabonese market alone will not have the demand for this level of increased supply. If you produce without being able to sell, because the product is too expensive or neighbouring countries do not accept it, you risk having problems.

What is the impact of Gabon’s insufficient refining capacity on downstream distributors?
Given that Sogara is unable to meet domestic demand, downstream distributors may have to import products from outside Gabon, but they need government authorisation. The mission of Sogara has historically been to supply the entire country with refined products via its own production, or through imports if that is insufficient. Due to Sogara’s structural (technical and financial) challenges, GPP suggested being allowed to import a portion of the refined product, but the government rejected the proposal until December 2014 when the refinery was closed due to a general strike in the oil sector. Consequently, refined products can only be imported by GPP once Sogara is unable to do so itself. In addition, there is a need to expand the country’s storage capacity for import. The more storage capacity Gabon has, the better its import optimisation becomes.

How do the downstream sector’s logistics and transportation challenges impact the growth of distributors?
Logistics are a major challenge for downstream distributors, since there are only two possible corridors to transfer product from the refinery to inland. The first option is to take the Port-Gentil-Libreville route by vessel, and then Libreville- Moanda by railway. The second is to travel through Port-Gentil–Lambaréné–Lambaréné–Ndjolé by barge on the Ogooué river.To transfer output up the Ogooué river, distribution companies depend on the availability of local barges. The logistics equation gets even more complicated during Gabon’s dry season, when the Ogooué’s water level decreases, forcing barge owner Soleo to reduce the supply and frequency of voyages. In the past, OiLibya was unable to get products to either of the country’s two private storage facilities and instead had to utilise SGEPP’s storage facility in Libreville. This unpredictability and the need to alter transportation arrangements every year is the biggest challenge for distributors.