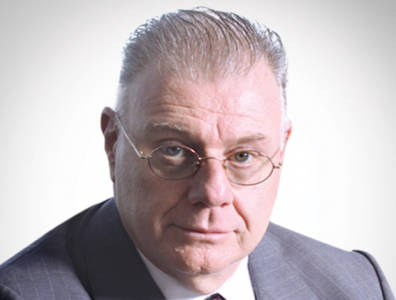 In Argentina, there is enormous potential, especially in shale gas, but we need the equipment, logistics and a big effort to transform that potential into a beneficial asset for society as a whole.

TOGY talks to Jorge C. Bacher, partner and head of the energy division for PwC South America, about the state of Argentina’s oil and gas industry, the availability of human resources and the country's legal and regulatory framework. The consulting firm entered Argentina in 1913 and now has four offices in the country.

How has the oil and gas industry changed over the years?
Undoubtedly, the industry is going through some major changes here and around the world, as it has through the years. This is a global industry that is characterised by transformation. If we look over the last 20 years, the amount of changes there have been is phenomenal.
From one day to the next, the Canadian sands became operational, and that changed conditions significantly. Production was focused in one place, but then shale gas appeared in the USA and the perspective changed again. The biggest producers used to be in the Middle East, but now they’re in the USA.
There are also transformations in Argentina, but what won’t change is that energy is the motor that keeps society running. It is a strong, relevant, long-term matter. I believe companies in Argentina are considering what their incomes will be in the future, looking at the price dynamics and projecting when we will reach this convergence between the Argentine and international prices. Of course, they are also working on their costs.

What are the main elements that will impact how the industry progresses?
The technological dynamic is also very important nowadays. The work with big databases and analyses is very relevant, in upstream exploration all the way down the chain value. Those who can use information better will gain an important comparative advantage.
Human resources are also important. One of the characteristics of this industry is that there has not been an inclusion of the students who have recently graduated from university, as there has been in other professional fields. The energy industry has not been the most appealing in this matter, either.
That is why there have been efforts made towards creating future energy leaders. The World Energy Council does an important job in creating future energy leaders. PwC uses the World Energy Council as an instrument of training and instruction, because we realise that it is important for young people to have more and more participation in the industry.
After technology and human resources, the third most important point is accessibility, which refers to how easy or hard it can be to get those resources. In energy, it is common to not speak about the availability of the resource, but rather its accessibility. We have the resource availability set for many years, but sometimes, it is in very politically conflictive spaces, such as the Middle East. In Argentina, there is enormous potential, especially in shale gas, but we need the equipment, logistics and a big effort to transform that potential into a beneficial asset for society as a whole.
We have had significant performance in the hydrocarbons industry simply because the resources are there, and this is a real competitive advantage, because nobody can take away our resources. These advantages depend only on us, and our ability to develop our resources.

How do you assess local human resources and financing related to oil and gas operations?
There are institutions and entities here, and there’s been a learning curve. When we think about the Argentine resource base, there are some resources we may need for a certain activities and they can be acquired because there have been people doing this for the past 25 years. There are many experienced people around.
For financing, there has been an amassment of capital around the world over the last few years. If there are projects, and if the economics allow it, financing will be available. Right now in Argentina, we are starting an era where the norms and regulations are being presented in a way that will allow moving forward in the right direction.

How would you evaluate the regulations and legal framework of Argentina?
One year ago, the current minister of energy and mining, Juan Jose Aranguren, said that the geology and human resources are in place, but what we need is a legal regulatory framework to allow us to move forward. I believe the people who are in charge of putting everything in place are those who think this way, so this should take us in the right direction.
We have a gas and electricity law that we have carried for 20 years and we have to stick to it. For hydrocarbons, there was a significant update many years ago and we want to follow those rules and continue to update them as necessary, to ensure that we can promote foreign and local investment and develop the sector.

With the 2014 Hydrocarbons Reform Law and the trends being set by this new administration, do you expect an update to the tax system as well?
Our tax system is comparable to other countries’. There are some simpler systems and some more complex systems, but I believe the key aspect is not how complex it is, but rather that it remains stable once it’s established. It is very damaging when you have a tax system that  changes every year. Luckily, our country has a good position in the region and in the eyes of the world. Our tax system is what it is and it should have some stability, even if some corrections such as amendments are needed.

How is Argentina faring on a regional level?
The transformations over the past several decades have been significant. There was a time, around 1985, when Argentina produced 500,000 bopd, Brazil made 150,000 bopd and Colombia put out 500,000 bopd. Ten years later, Brazil produced 500,000 bopd, which is almost triple, and we had a modification that allowed us to reach almost 800,000 bopd. Colombia continued with 500,000 bopd. Ten years after that, Brazil was well above 1 million barrels, Colombia made it to 1 million as well, but we moved back to 500,000 bopd. Colombia doubled its oil production, even though today it is facing some difficulties. Brazil did well with its offshore exploration and developed some very important technology.
For Argentina, there was an important change that took place virtually overnight. We realised that the shale oil and gas we have is comparable to the largest reserves in the USA or China, and in a relatively convenient location. In the case of China, the location of the resources is not as convenient as in Argentine Patagonia.
If you look at the list of companies that are currently active in Vaca Muerta, you will see that we have the biggest names in the industry. There are some projects that can’t be carried out by just any company; they have to be handled by the most relevant ones.

How do you see the role of the financing sector in the hydrocarbons industry?
It has not been too involved. Compared to other countries, we are very retracted in the way that the financial sector sustains the national product. Even if we compare it with regional levels, the participation of the financing sector in our economy is very low. This brings an interesting upside, as we can only grow from this.
In the future we expect that with the development of Vaca Muerta, not only will the majors join our development, but there will also be a display of logistics where small and medium-sized companies will also be involved as supporters and suppliers of major companies. Once activity starts moving in the right direction, other international companies will also get involved as the economy attracts participants.
The challenge here is to have the resources and a positive business environment for those who wish to invest. If we look at what has happened in our politics in the last six months, everything has changed to encourage finances, investments and foreign exchange. It has all been favourable for investors, and it will keep developing in time.

Argentina has many conventional resources available, as well as marginal wells. What opportunities do you see in these?
There are some approaches the oil industry will put in place for short-term strategies, such as intensifying production in wells, marginal exploration and secondary recovery. Those projects are already present in the strategies of companies. The dimensions are different, because when we speak about conventional resources, access is fast and it can represent relevant increases in production compared to what we have now.

What role does PwC have in the domestic oil and gas industry and what clients and projects has the firm been involved with?
PwC has been working in Argentina for more than 100 years. Ever since we started in 1913, we’ve been very close to the oil industry. We started working with the companies that were established around that time, companies that are the roots of the industry. Later, the international entities, such as Exxon and Shell, started to come over, and they have been our clients ever since.
We initially had a role as external auditors, and of course we have kept that role, but over time our activities have extended to all levels of consulting. Now we serve all the big oil and gas companies, both upstream and downstream, in the areas of external auditing and consulting, and also in technology, taxes, human resources, sustainability and risks. We build trust in society and within the industry, which is demonstrated when we sign a report, and also when we solve complex problems that our clients have.

What is PwC’s strategy with regards to the hydrocarbons industry in the next five years?
We have some sectors in which we invest more than others, one being oil and gas. We have been with energy companies for many decades, we are with them now, and we will continue to stand by them in the future because our purpose is to be present in all the important sectors and with all the key players of the industry.
Due to the wide range of services we provide for this industry, such as consulting, auditing, taxes, mergers and acquisitions, technology and human resources, the help we provide companies is not focused on just one product or specification. Our idea is to be connected, in some way or another, to all the relevant players. When there is a relevant actor, we have to be able to give relevant support that is valuable to the company.
Emerging companies that participate as services and equipment providers also represent an interesting market for us. Our idea is that there should not be a major player in the field with whom we are not related. We want to be involved in all the activities taking place in the Argentinian industry.