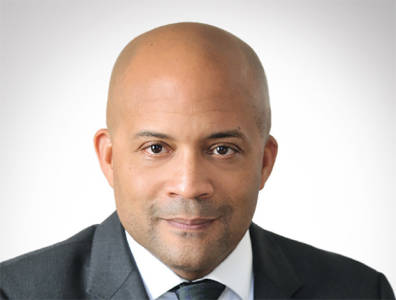 Natural gas is a huge part of the future, not only of Angola, but of the world. You see more and more projections around natural gas as a fuel of choice.

Cargoes expected to be delivered by Angola LNG in 2017: 50

TOGY talks to Darryl Willis, regional president of BP Angola, about the challenges in the current market environment, the restructuring of Sonangol and Angola's significance to BP as a whole. Willis has been with BP in various regions and positions since 1993, including a high-profile position as head of the 2010 Deepwater Horizon oil spill claims and public relations.

What have been BP’s highlights in Angola throughout 2016?
The first thing is that we continue to produce just over 300,000 barrels of oil and gas a day from our operated blocks, which is almost 20% of the country’s production. On a net basis, when we factor in the production that BP shares in blocks 15, 17, 18 and 31, our production in 2016 was the highest it has ever been during the two decades we have been operating in Angola. This makes us one of the top net producers and contributors to the government’s take in the country.
The production from the PSVM FPSO in Block 31 has been on plateau for a third consecutive year and we continue to manage the base decline in Greater Plutonio in Block 18. Those two assets are performing very well with a reliability running at around 95%, which is the highest it has ever been. Our safety performance has improved dramatically year-on-year and is also at the highest level it has even been. We are actively, aggressively and responsively managing the cost structure of our business to ensure that we remain a safe, competitive and sustainable business in Angola.
In December 2016, we celebrated the production of our 500 millionth barrel of oil from Greater Plutonio. In addition to that, we recently celebrated the delivery of our 200th cargo of oil produced from PSVM.
Our challenge for the next few months and years is to figure out how we can safely sustain this 300,000-320,000 barrel per day gross production into 2017 and develop the next generation of projects to maintain production well into the future.

What potential do you see in the Kwanza Basin?
The Kwanza Basin is a tale of two cities. The good news about the Kwanza Basin is that we have found hydrocarbons there. However, the bad news is that there is a disproportionate amount of natural gas and carbon dioxide amongst those hydrocarbons discovered. Unfortunately, at present, IOCs do not have rights to gas in Angola and therefore are not able to develop and monetise those gas resources. On the other hand, the size of the resources in the Kwanza basin is only a fraction of what has been discovered in the Lower Congo Basin.
Year-to-date, the industry has discovered approximately 25 billion barrels of resource in Lower Congo basin whereas in the Kwanza and Benguela basins, we have only discovered about 5 billion barrels of resource. It is a young basin and there is still a lot more to do, but it is becoming clear that we have to create a gas solution for the basin in order to develop and monetise those gas resources. Natural gas is a huge part of the future, not only of Angola, but of the world. You see more and more projections around natural gas as a fuel of choice, as a hydrocarbon of choice, particularly on the back of the Paris agreement adopted in December 2015 and now signed by most countries.

How is BP extending the life of its oilfields?
There are a few things that can be done. The first one is to make sure that we are managing the reservoirs as best we can using water injection or gas injection to keep the pressure in the reservoirs at the appropriate level to sustain production.
The second thing is looking for opportunities for infill development. In 2018, we are going to shoot a seismic survey in Block 31 that will allow us to drill more infill wells in the PSVM structure.
The third thing is well work. For the first time in BP Angola’s 20 year history, we are going to start our first well work campaign in December 2016.
Another thing is technology. We have been working with Palantir, which uses big data to help understand where there may be opportunities to enhance recovery. We have had quite a bit of success on the Plutonio field in Block 18. In 2015, it allowed us to keep production flat in this seven-year-old field. We are working hard to do that again in 2017.
In Block 31, we are using drones to do inspections on the flare stack at the PSVM FPSO. They can eliminate an intervention done by a human using technology to see what’s going on with the various components at the PSVM facility. We are also using infrared cameras to detect any possible leakages that cannot be sensed by human eyes or noses.

How can Angola compete with the rest of the world with staggered low oil prices?
Firstly we have to look at the supply chain. If the oil price has dropped 60-70%, then we should ensure that we are seeing a corresponding reset of the supply chain costs associated with our business. We need to understand why and how costs have drifted over the past decade and work to get them back to a competitive level.
Companies, as well as the state, must spend every dollar as if it is their own, making sure that it is being spent wisely. We have to find an intersection between using local companies and getting the most competitive rate. There is a role for us to play in making sure that intersection occurs and that the pricing and quality remain competitive. I am sure there are some local companies that can help us create this new future
In our business, we have reduced our office and housing footprint by 50% by consolidating from two offices into one office, and moving our expatriated families into one compound versus a multitude of compounds. We also benchmarked our business in Angola with other businesses in BP worldwide, in order to leverage best practices and improve efficiency.
Today, Angola is one of the top oil producers in the African continent. That is something to be proud of. As Angola competes for capital with places like the USA, Russia or the Middle East, it has to be competitive.

What are your thoughts regarding onshore blocks in Angola?
I do believe there is a role for onshore oil and gas activity in Angola. However, I believe it will be dominated by local companies and start-ups that are interested in producing small accumulations of hydrocarbons. I believe the IOCs will continue to dominate the deepwater and the ultra-deepwater sectors of Angola, because that is where the bigger opportunities are, which need to be monetised using leading edge technology and large capital investments.

How will Sonangol’s restructuring benefit Angola?
I am encouraged by the restructuring of Sonangol. It is a big task for the new board of directors, which is composed of people who bring experience to the industry, from the oil and gas industry but also from consulting. There is a good mixture of skill sets and backgrounds. It is going to take some time to transform Sonangol, but I believe that it will be in the best interest of the industry and the country over the longer term. Our role as an industry is to be there as a resource to provide support throughout this transition.

What are your views on gas as an intermediate step between hydrocarbons and renewables?
Currently, around 50% of BP’s global production is natural gas and 50% is oil. By 2030, the natural gas production share will shift to 60% due to the big gas projects we are bringing on line in places like Oman, Trinidad, Indonesia and Azerbaijan. My hope is that, as we hit into the next decade and the one beyond that, there will be a gas story to be told in Angola.
We already produce a significant volume of associated gas, most of which is being monetised through the Angola LNG [plant] rather than flared. The Angola LNG [plant] has delivered 10 cargoes of LNG in 2016, as well as 29 of cargoes of butane and propane. The plan for 2017 is for the ALNG plant to deliver around 50 cargoes to the world. We recently celebrated the highest throughput into the facility ever, which is close to 900 mcf [25.5 mcm] of gas per day.
We are just beginning a multi-decade journey for gas in Angola. There is an opportunity to bring gas onshore to provide a continuous energy supply to the state. There is also an opportunity to put gas into the global market via LNG as gas is projected to be the fastest growing fossil fuel in the next 20 years.

How important is Angola to BP?
Angola is very important to BP. We currently have 15 regions around the world, and Angola is one of the top four regions in our company. BP Angola produces just over 10% of BP’s global production and is a very reliable and efficient business – a very important part of our global portfolio.

What does BP do to promote local content?
In 2012, when we brought the PSVM facility on line, our Angolanisation rate was around 69%. This has steadily increased over the course of the last four years. In 2015, Angolanisation was around 75% and we will exit 2016 at around 86%. Our target is 95% Angolanisation by 2020. The 5% of the workforce that will not be Angolanised will be used to create some flexibility for us to move Angolans into other BP sites and bring a few expatriates to Angola, in order to share experience and further develop our people.

What is your vision and strategy for BP for the next five years or so?
The main focus is to really ensure that we continue to run safe, reliable, responsible and compliant operations on behalf of the state and on behalf of BP, every single day. We must ensure that the 300,000 barrels of oil that we are currently producing stays on line safely for as long as possible.
The second job is to really think about the future, and to work to identify the next generation of projects in Angola. There is still a lot of oil and gas in the Lower Congo, Kwanza and Benguela basins. We are committed to working with the state to figure out how we can monetise and progress those resources over the next five years. In addition to that, we are also committed to looking for new oil and gas exploration opportunities. There are still untapped reservoirs within existing fields as well as ultra-deepwater areas.
Finally, we want to continue to build Angolan capability, whether be the staff inside our company or working with smaller companies and the local communities, so that they can make a bigger contribution to Angola’s economic and social development.