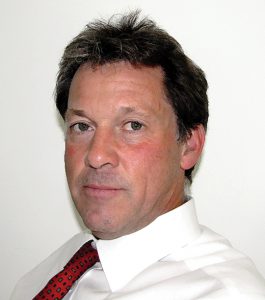 Many of the early operations in the carbonates in Kurdistan suffered from excessive damage, missed oil in fractures and early inflow of water.

Steve Lowden, CEO of NewAge, discusses developments at the Shewashan oilfield and the company’s plans for 2016, as well as the business climate in the Kurdistan Region of Iraq (KRI). NewAge’s 75%-owned subsidiary Gas Plus Khalakan (GPK) operates the Khalakan block and announced the completion of the Shewashan-2 development well on April 5.

What are NewAge’s goals and targets for 2016?
The Shewashan oilfield is being developed in a phased manner to achieve early production and use the data to optimise the size of the facilities. Phase one is in progress and will achieve 10,000 bopd this year through the use of a leased early production facility, with the oil being trucked to a nearby refinery.
The Shewashan-1 exploration well produced 65,000 barrels of oil before it was shut in, and the oil was sold in the domestic market and transported by road tanker. Our second well, Shewashan-2, was spudded in October last year. It has been completed over the Cretaceous reservoirs and is ready for production. The well flowed high-quality, 47° API oil on test at a rate of 4,400 bopd with very low drawdown and a basic sediment and water ratio of less than 1%. Following the completion of Shewashan-2, attention will turn to the Shewashan-3 development well.
These two wells are being drilled as part of the first-phase development plan for the field, which is aimed at confirming oil reserves through production of the Cretaceous reservoirs. We are also hoping to determine if additional hydrocarbons are present by drilling a flank well to further delineate the field and appraise the deeper Jurassic formations to a depth of about 5,000 m.

What have been some of the lessons acquired in other markets that you have been able to apply to your operations in the KRI?
Across all our operations, we are constantly looking for operational efficiencies. The Cretaceous carbonate reservoirs in KRI can be prolific, provided the fracture patterns are correctly modelled and the production rates are carefully managed.
Many of the early operations in the carbonates in Kurdistan suffered from excessive damage, missed oil in fractures and early inflow of water. We have undertaken extensive stress and fracture modelling on a macro and micro scale and have finally started to understand the active stress patterns and locate such sparse pattern using high angle and correct azimuths, and in some cases, multiple side tracks.
We have also used underbalanced drilling technology to identify oil-bearing productive fractures before they are damaged by drilling operations. In both cases, we have had constructive engagement with the experts in the Ministry of Natural Resources in helping to perfect these techniques.

In light of the region’s current challenges, how have you seen the operating environment evolve over the past 12 months?
Activity levels have dropped significantly since 2014, and the present rig count in the Kurdistan Region shows just how severe this has been. There has been a knock-on effect within the industry and many of the drilling services providers have reduced staff numbers and moved equipment to other areas. This has introduced significant challenges for operators, such as GPK, that continue to drill. Although costs have been reduced as a result, the support and resourcing that used to be at hand are now noticeably reduced.

Has the KRI’s operating environment lived up to its promise?  What will have to be the next stage of evolution for the region’s hydrocarbons industry?
Undoubtedly, 2015 was a challenging year for the region, and 2016 will continue to be so.  Despite being tested by a series of crises, the Kurdistan Regional Government (KRG) has made a commitment to honour contractual agreements, and we look forward to a return to economic and political stability, as well as agreement on the legitimacy of the region’s oil sales.

While the KRI’s operational framework is recognised as conducive to doing business, what room for improvement is there?
We are delighted with the progress of the Shewashan development and with the continued support from the KRG and the Ministry of Natural Resources. In the current market, a degree of flexibility from the Ministry of Natural Resources will be helpful as we continue to fulfil our development objectives and commitments.

Where do you see the KRI’s oil and gas industry in 2020? How will the company’s own mid-term approach be aligned with that?Despite the low oil price environment and the region’s current challenges, NewAge, through its affiliate GPK, is fully committed to the development of the Shewashan field reserves and to supporting the KRG as it becomes a significant oil producer on the world stage over the next few years.
It is a world-class basin that remains a highly economic prospect for NewAge and the other operators. We fully expect the region’s oil and gas industry to continue to develop in a positive way with internationally recognised oil contracts, the expansion of oil export options and a highly strategic gas business supporting the markets of the West.