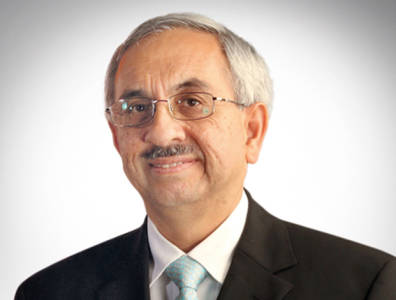 Like other knowledge sectors in India, such as the IT sector, India is good at the knowledge industry, but not at mass industries where China always beats us.

Nadir B. Godrej, chairman of Godrej Industries, sits down with TOGY to discuss the challenges facing the hydrocarbons industry in India, the country’s competition in the chemicals sector with China and the region, as well as the financial advantages of going green. Godrej Industries contains various subsidiaries that cater to the chemicals sector and food industry in India and abroad.

How do you assess the potential of India’s chemical sector?
We are involved in agrochemicals, in fairly advanced organic chemistry, where the origin may have been from some petrochemicals. We are also using a lot of biomass fuel.
We make triacontanol and homobrassinolide. Homobrassinolide is a chemical that we synthesise, but is very similar to a natural chemical found in rapeseeds, which acts as a very powerful growth promoter for plants. A lot of our focus is on natural chemistry, green chemistry, and we are now looking at the cracking of cellulose to produce sugars. We see that as the likely future of the chemical industry.
We tried to make alpha-olefin from natural sources, but it was never really economical because alpha-olefin derived from petrochemicals is cheaper. However, we were making alpha-olefin from fatty alcohols, so we’ve become a big seller of fatty alcohols. In the end, it made more sense to sell fatty alcohols than try and make alpha-olefin out of it.
It’s constantly a rivalry between petrochemicals and natural chemicals. After all, petrochemicals made from natural chemicals were laid down in the earth many years ago. Thanks to global warming, we feel that the days of the hydrocarbons industry are numbered.

What is India’s competitive advantage in the chemicals manufacturing sector compared to regional markets such as China?
India produces all sorts of chemicals and petrochemicals across the line, including specialty chemicals and, in particular, agrochemicals and pharmaceuticals. India has a lot of chemists and engineers, and a lot of the focus has been on research. While it’s easy to do research in India, it’s not easy to manufacture.
Like other knowledge sectors in India, such as the IT sector, India is good at the knowledge industry, but not at mass industries where China always beats us. Chinese products are gaining in quality. A lot of the basic pharmaceuticals chemicals and agrochemicals come from China, and the more advanced chemicals are synthesised from them in India.
One of the advantages that China had was a government that was very determined to develop a chemicals industry. The government didn’t care whether they were making money or not and forced the industry forward. The government didn’t care about pollution control laws before, but is now cracking down.
In agrichemicals, our people feel that India is going to become more competitive in relation to China because of these crackdowns. In certain locations, companies are being forced to close down and move to other locations as they enforce these environmental laws. We think the cost of producing in China is likely to go up, and then, perhaps, India can produce more chemicals relative to China.

Has the ease of doing business improved over the past couple years?
We really think that certain aspects of doing business are becoming easier in India. This government is a little bit friendlier towards this. However, there are a lot of challenges that India needs to overcome, such as approvals and difficulties in getting environmental clearances. We really believe environmental laws need to be enforced, but clearances should be fast. There are a lot of delays in India.
I also feel that no matter how hard we try, there’s a lot of potential for other sectors as well, such as services and agriculture. I am also trying to develop linkages across the sectors, such as making chemicals out of biomass.
Overall, I think that the manufacturing sector can grow faster, but I doubt very much that the percentage of manufacturing in the GDP is going to rise much since other sectors are also going to be developed. However, I do believe that India can grow much faster than its present rate of 7%. I think a growth rate of 10-11% would be good for India.

What should the government do to help accelerate the growth of domestic industries?
The government should focus on making business easy to do, and not interfere too much.
The other thing the government needs to do is look after the social sector. Education is quite poor in India at the lower levels. Some higher level institutions are of higher quality, while some are not.
We need to educate so many people that there’s going to be a shortage of teachers. We need much more online education. However, we cannot have complete online education, so along with online, we need mentoring by experts. Additionally, we don’t have good vocational education. The government is aware of the problem and has started the National Skill Development Mission.
We need to do all these things very fast because we have the people now, but we need to educate many more.

What can be done to reduce the carbon footprint across your businesses?
Our sustainable shared-value programme is called Good & Green. The “good” is mainly about training, and the “green” is mainly about being carbon, water and solid waste neutral.
In order to be carbon neutral, we are increasing the usage of biomass fuel in our oil palm mills, and in our chemical factory we started using biomass. We actually found this to be more economical since, at that time, gas prices were very high. Even when US shale gas came in and US prices were very low, India’s gas prices were still high in comparison
Here in Bombay, water was quite expensive. We started recycling water and cutting out water use. This was quite economical because we had to pay a very high price for the resource. I actually think that, apart from saving the planet, you can save money by trying to be sustainable. When we first started looking at solar and wind, it was still quite expensive, but now solar energy is quite cheap in India and it’s going to be a threat to fossil fuels.

What is the strategy to compete within Southeast Asia, often dubbed as the new oleo-chemical hub?
Southeast Asia often base most of their industry on palm kernel oils. We used to use palm kernel oil and its by-products, palm kernel fatty acid distillate, which is cheaper than palm kernel oil. Now we are focusing on palm oil. We import palm oil from Indonesia to India where it is then fractionated. Oleon goes for edible use, and the stearin and the palm fatty acid distillate are our own materials.
We can often source them in India quite economically. India is one of the few countries that continues to grow high-erucic rapeseed oil. From that you can make erucic acid, behenic acid, and behenyl alcohol.

How do you expect India’s energy basket to evolve in the next few years?
There is going to be stiff competition from solar energy. In India, the cost of solar energy has dropped dramatically – a few years ago people were selling solar energy for INR 15 per KWh, and last year people were selling it at less than INR 5 per KWh. The consequence is that there will be very little demand for hydrocarbons once solar electricity is cheaper than from thermal plants
However, hydrocarbons will become cheaper because of that, and some hydrocarbons are extremely cheap to produce. Saudi Arabian oil is never going to disappear. In fact, I would like to quote what Yamani [Saudi oil minister Ahmed Zaki Yamani] said: “The stone age didn’t end for want of stones, and the oil age won’t end for want of oil.” We will never run out of stones, but they will become worthless; oil will become worthless, but never scarce.