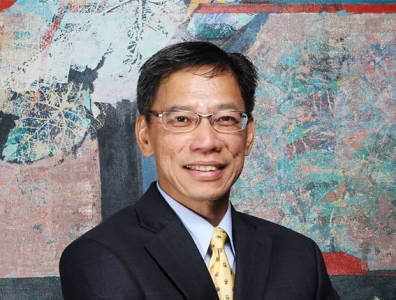 There have been a number of oil price cycles over the producing life of oilfields in Malaysia, so when you are looking at upstream assets in the country you have to take a long-term view of the market.

And its share of gas supply to Peninsular Malaysia50 percent

How has the exploration and production industry evolved in Malaysia since the 1960s?

When the industry first took off earnestly here some four or five decades ago, Malaysia was primarily an exploration play. There were some major discoveries and subsequent development and production activities. Many of the early discoveries were fairly large and in shallow water, off the east coast of Peninsular Malaysia.

Over the ensuing decades, the country’s oilfields have matured from primary and secondary recovery. This provides opportunity for the application of new technologies to further enhance recovery of hydrocarbon resources. Marginal fields that were previously discovered are now being developed via risk service contracts that were introduced by state-run oil and gas company Petronas.

Petronas has been instrumental in responding to the changing landscape in order to attract investments as new developments become more economically challenging. Malaysia’s gas industry was also just developing four decades ago but, thanks to major gasfield discoveries, the country now ranks among the world’s largest LNG exporters.

A reliable pipeline gas supply to Peninsular Malaysia has also played an important role in driving the nation’s economic transformation.

How has the domestic services industry evolved to support upstream operations?

Many of our project fabrication and operations support services are provided by domestic suppliers and contractors.

For example, our Tapis EOR project was completely made in Malaysia. All the contracts for the project were awarded to local vendors in the areas of fabrication, engineering, procurement and construction, marine and aviation services, turbo machinery services and offshore installation. Given that this is the first large-scale, full-field EOR project in Malaysia, it speaks volumes about the local capability and talent that is available in the country.

It has been truly impressive to watch the industry develop over the past 50 years, to the extent that we are now seeing Petronas create a regional oil and gas services centre in Malaysia.

What impact are lower crude oil prices having on Malaysia’s upstream sector?

When you look at major upstream projects in Malaysia, they are not short-term investments. They are large-scale, offshore developments that will be in production for decades. The Tapis offshore oilfield, for example, was discovered in 1969, began production in the 1970s and is still producing in 2015.

There have been a number of oil price cycles over the producing life of oilfields in Malaysia, so when you are looking at upstream assets in the country you have to take a long-term view of the market. Clearly the oil price in the country’s market needed a correction, and what we are seeing right now in 2015 is a correction that is good for the overall cost structure of the industry in Malaysia.

What role has technology played in the development of Malaysia’s EOR market, and what impact have projects such as Tapis had on the domestic industry?

One of the key challenges for EOR projects is selecting the right technology. Developing a solid model of the reservoir is essential.

For the Tapis oilfield, ExxonMobil Exploration and Production Malaysia has been using modelling tools to predict the sweep efficiency of water and gas injection to recover the remaining oil from the producing wells at the site.

We also have downhole gauges installed in the wells that give us real-time readings of pressures and temperatures. These instruments will help us monitor the performance and effectiveness of the enhanced recovery process.

Investment for the Tapis EOR project amounted to around $2.5 billion, generating opportunities for the local industry during its development phase. Performance and results from the EOR project can be used to assess similar developments in other fields, potentially creating more new investment opportunities in the future.