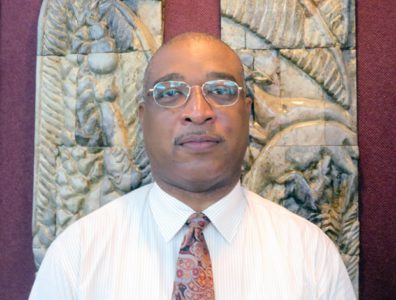 Gabon will benefit more from the oil and gas industry than before. Revenue from oil companies will support local industries, such as fishing and agriculture.

The power of data: Gabon’s petroleum minister on the country’s oil and gas industry

The Ministry of Petroleum and Hydrocarbons has been conducting a 3D-seismic campaign to better understand its prospects ahead of a potential bidding round in 2015. Minister Etienne Dieudonné Ngoubou discusses the survey and the considerable expectations placed on the country’s oil industry.

What are the government’s expectations regarding potential oil discoveries in Gabon’s deep offshore?

The government conducted 2D-seismic surveys prior to the October 2013 licensing round. Based on the results of the survey, the government believes that within five or six years Gabon will increase its oil production by an additional 200,000-400,000 barrels of oil per day (bopd). A number of interesting prospects were found in block C11, in the country’s deep offshore.

In September 2014, Paris-based CGG Veritas conducted 3D-seismic surveys to confirm prospects that were highlighted during the 2D-seismic surveys. Once we have a better understanding of the prospects in the blocks we are putting up for auction, we will ensure that these blocks are allocated to companies that are able to produce the resources there.

We are anticipating a new licensing round in September 2015. This will provide us with enough time to complete the 3D-seismic survey. The interpretation of the 3D-seismic acquisition should be completed in August 2015. Interested companies will be asked to submit their bids for the new blocks in January 2016.

How does the government envision the development of the oil and gas industry for Gabon in the coming years?

Firstly, the conventional domain has been explored intensively, but it is still revealing new possibilities. For example, British-French Perenco, an exploration and production company, has made two discoveries in Gabon in the past few years.

Offshore discoveries also offer potential. The decline in Gabon’s oil production, which dropped from 232,587 bopd in 2012 to 220,276 bopd in 2013, could be lessened by discoveries of new oil and gas deposits in offshore Gabon. This means that our oil production could potentially stabilise at around 250,000 bopd.

President Ali Bongo Ondinba’s willingness to develop the petrochemicals industry was made clear in his development programme, through which he aims to diversify the economy and make the country economically competitive by 2025.

What potential do gas discoveries hold for the country’s energy mix?

We are working towards building the gas market, as it will be used for energy production across the country by feeding power generation plants. A productive gas market would also help us develop the country’s agricultural market, as we could use petrochemicals to produce fertiliser. This will be beneficial for the diversification of Gabon’s economy, and it would also enable us to reinforce our gas network.

In the coming months, Gabon will start developing a national gas market, allowing investors to begin industrial gas and power generation projects. As oil companies now aim to have zero gas flaring, we expect our various producers, such as Total and Perenco to feed associated gas into the network.

Gas has a lot of potential in Gabon. This will offer new opportunities for the hydrocarbons industry, especially while we wait for the big oil discoveries in Gabon’s deep offshore, which we envision happening within the next seven or eight years.

How does the country stand to benefit from the reforms introduced in the recently published hydrocarbons code?

Gabon will benefit more from the industry than before. Revenue from oil companies will support local industries, such as fishing and agriculture. The revenue that is generated by the code will be used in the development of local content – such as engineers, technicians and mechanics – which will be beneficial for local industries in the long-term.

The second advantage is that businesses in the Gabonese oil industry will be obligated to respect the country’s regulations.

According to the new code, foreign companies working in Gabon will have to comply with the directives of the Economic Community of Central African States and the Conference for Inter-African Insurance Markets. This means that these companies will become actors in our country’s economic development.

The code is a result of the evolution of contracts that we have had for the past 15 years. The principal innovations to the tax system and other terms has resulted from the development of the production-sharing contracts. The code allowed us to officialise a tacit agreement between the administration and the oil and gas companies.

These companies will be more active on a national scale and this will reinforce their local citizenship, as they will be more involved in the country’s development.

We have also been able to improve the country’s finances, since the majority of the international oil companies’ revenues will now be placed in local banks, rather than being expatriated to foreign bank accounts.

What is the role of the government in the development of Gabon’s oil industry? How do its responsibilities differ from companies?

It is the responsibility of the Ministry of National Education to provide the country with competent executives who are prepared to enter the oil and natural gas market.

It is then the duty of the Ministry of Professional Training to provide the necessary skills to labourers. The Ministry of Petroleum and Hydrocarbons is then accountable for training young Gabonese in employment opportunities for the oil and gas industry.

Once these conditions have been met, oil operators will be able to play a role in the development of Gabon’s industry. More importantly, the Ministry of Commerce and Small and Medium Enterprises is in charge of actively supporting smaller businesses so they are able to create a source of wealth for the economy. The responsibility belongs first and foremost to the government, followed by oil and gas companies.