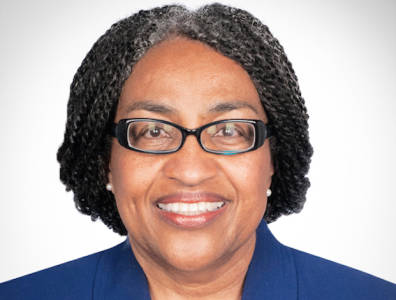 US companies have had a long-term relationship regarding oil production, and, even with the fall in oil prices, we still see that American companies are interested in investing here.

Cynthia H. AKUETTEH U.S. Ambassador to the Republic of Gabon and the Democratic Republic of Sao Tome and Principe US Embassy in Gabon

2014 (January-September) monetary value of US exports of chemicals and related products to Gabon:USD 12.5 million

2014 (January-September) monetary value of US imports of chemicals and related products from Gabon:USD 1.48 million

2014 (January-September) monetary value of US exports of energy-related products to Gabon:USD 3.87 million

2014 (January-September) monetary value of US imports of Energy-related products from Gabon:USD 588 million

US Ambassador to the Republic of Gabon and the Democratic Republic of São Tomé and Príncipe Cynthia H. Akuetteh talks to TOGY about the political and economic relationship between the two nations, touching on policies such as the African Growth and Opportunity Act (AGOA), which fosters Gabonese exports to the USA. Ambassador Akuetteh discusses the effects of the ongoing global slump in oil prices and the long-term commitment of American operators to Gabon’s hydrocarbons industry.

How is the current relationship between the USA and Gabon, and who are the key drivers of this bilateral partnership?
The USA and Gabon have a very strong relationship. It’s quite robust across various platforms, taking into account both the economic and the political sides.
As you know, Gabon is a middle-income country, so we don’t have really big foreign assistance programmes. Instead, we really work to develop and to encourage expansion of the private sector. This fits well with Gabon’s plan to diversify the economy away from the heavy reliance on oil.
Gabon incorporates democratic principles that are particularly important in this region, where we see a lot of unstable countries. Gabon is a shining star of economic and political stability.

Which operators serve as the drivers of the energy co-operation between the USA and Gabon?
Vaalco Energy, I think, has been the longest producer of oil in Gabon. We also have other companies that continue to express interest in exploring here, for example, Noble Energy and Marathon Oil Corporation as well as others.
US companies have had a long-term relationship regarding oil production, and, even with the fall in oil prices, we still see that American companies are interested in investing here. This is again related to the country’s political and economic stability, which are key variables for international investors.
Countries compete in the global market. When you look at how Gabon positions itself, it’s a very attractive country. Part of this attraction is because of its human capital and its human resources base.

Apart from the political and economic stability, what else is attracting American companies to Gabon?
I think Gabon is a country that we can partner with very well. American companies are highly regarded because they have an entrepreneurial spirit and a can-do attitude. Our companies have a long history of technology transfer and capacity building. These are important variables for countries that are developing and maturing in their relationship with us.
Also, it is worthwhile to mention the country’s steps to improve its transparency. For example, Gabon is interested in renewing its membership in the Extractive Industry Transparency Initiative. The US Embassy is partnering with the government to help it succeed in its membership renewal.
Maritime security is very important as well because it has an enormous impact on the oil industry. We are working very closely with the government to develop a maritime security strategy. These efforts are reflective of the strong, across-the-board bilateral relationship that we have.

How has the ongoing slump in oil prices affected the business of American companies here?
I think almost any oil company realises how cyclical the hydrocarbons industry is. When I have talked to oil companies, they often say they are in it for the long haul. Because of the nature of the industry they learn how to factor those risks in.

What can Gabonese companies bring to the US economy?
As Gabon diversifies, we are looking for more opportunities to increase trade between our two countries. This is a key component of our interaction with the Gabonese, enabling Gabonese operators to take advantage of export opportunities to the USA, including in niche markets.
Through the AGOA, we work with the government to support its development of a strategy that allows Gabonese citizens to benefit from the opportunities the Act provides to access the U.S. market duty and quota-free.
AGOA legislation was adopted by the American congress to improve the economic co-operation between the USA and sub-Saharan Africa. The programme was extended in 2015 for another 10 years, until 2025.

How important is it for CEMAC member countries to strengthen trade co-operation?
When we talk about developing economies, we often say regional integration is a key way to go. When we talk about how to access US markets, we often say build up your region. Often an individual country’s market is too small, but on a regional basis you can develop economies of scale. Gabon can certainly be a kind of model for the rest of the region, because of its environmental stewardship, because of its democratic principles, and because of its goal to diversify.