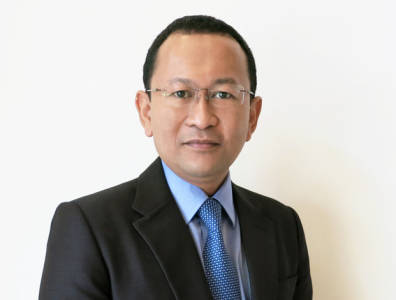 The fall in the price of crude oil may fuel investment opportunities in the domestic market, particularly in the downstream sector.

Projects globally at risk due to low oil prices$150 billion

EY partner and oil and gas leader for Malaysia Ismed Darwis talks to TOGY about the impact that the oil price fluctuations are having on the Malaysian industry. EY provides assurance, tax and advisory services for the majority of the international oil and gas companies in Malaysia, Singapore, China and Australia.

What is the anticipated impact of lower oil prices on the Malaysian government?

We have already seen the impact. In January this year, the government presented a revised budget for 2015 that accommodates lower oil prices. Oil accounts for more than 30 percent of the country’s revenue, so this makes sense.

However, we have to note that although Malaysia may be a net exporter of crude, the country is also a net importer of refined petroleum products. This means the downward movements of oil prices could turn out to be a stimulus for the economy. Furthermore, it is pertinent to note that in December 2014, the government removed fuel subsidies, which had previously cost the country between $6 billion and $7 billion a year.

What does the fall in prices indicate with regards to new investments and workforce?

The significant decline in crude oil price means that some projects previously considered economically viable may be downsized or postponed indefinitely.

In addition, many international oil companies with a strong presence in Malaysia, such as Shell, and the major oilfield services companies, such as Halliburton, Schlumberger and Weatherford, have been rationalising staff locally and globally. We have already started to see a slowdown in projects worldwide. According to estimates, $150 billion in oil projects globally are at risk, such as Chevron’s Rosebank project in the North Sea.

On the other hand, the fall in the price of crude oil may fuel investment opportunities in the domestic market, particularly in the downstream sector. For example, opportunities to invest or participate in the multi-billion dollar Refinery and Petrochemical Integrated Development project in Johor state have become more attractive.

Now the issue is just a matter of which companies are able to position themselves to benefit from the lower crude oil prices. More cost rationalisation will be undertaken by local and foreign companies in the oil and gas sector to ensure continued viability under the new prices. This is a new era for the industry.

How do you assess the mergers and acquisitions market in Malaysia’s oil and gas industry?

The sharp fall in crude oil prices and its impact on the share prices of oil and gas companies may catalyse activities such as corporate takeovers, mergers, acquisitions or even asset divestments.

In Malaysia and Asia Pacific, mergers and acquisitions activity fell in late 2014 in tandem with declining oil prices, but it is expected to recover after a slow start this year. UK-based energy research company Wood Mackenzie expects national oil companies in Asia Pacific to be the key buyers, aside from private equity and sovereign wealth funds.

How did fluctuating oil prices impact Malaysia’s oil and gas industry in 2014?

In 2014, growth in global oil production was higher than the increase in consumption. Consumption grew by 1.4 percent, while production grew by 0.6 percent. However, this trend may reverse and demand could outpace supply.

The International Energy Agency forecasts that oil demand will reach 93.4 million barrels per day (bpd) in 2015 compared to 92.5 million bpd in 2014. The agency also recently cut the 2015 forecast for demand growth by 22 percent to 700,000 barrels from an original estimate of 900,000 bpd. In any case, global oil demand is currently more than 92 million barrels a day and in the next few years, we may be under-supplied.

Analysts have also warned that if oil prices stay low, production operations will slow down, which will lead to a further decline in supply. This will increase the rate at which the growth in consumption is expected to outpace the rise in supply, especially when demand for oil and gas among emerging nations, particularly in the Asia-Pacific region, remains high.

On balance, in a scenario where demand for oil and gas is maintained or increased, we see continued investment opportunities in the domestic upstream market, particularly where cost efficiencies can be achieved.