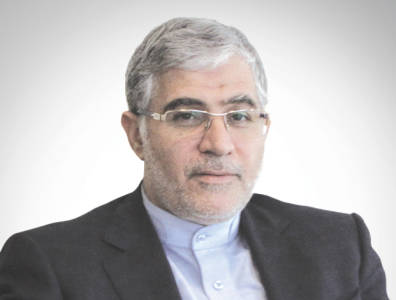 The volume of trade between our countries will increase alongside co-operation in other fields such as construction. Iran can offer Indonesia a lot of resources, such as participating in the government’s ambitious power programme to increase 35 GW over the next five years.

Trade volume between Indonesia and Iran in 2011$1.85 billion

Trade between Iran and Indonesia

Iranian ambassador to Indonesia Valiollah Mohammadi Nasrabadi talks to TOGY about the historic nuclear deal between Iran, the US, the UK, France, Germany, Russia and China, as well as the upcoming lifting of sanctions imposed on Iran. He discusses the opportunities for investment in Indonesia, especially after the sanctions on Iran are lifted.

How will bilateral relations between Iran and Indonesia move forward in coming years?
Diplomatic relations between Indonesia and Iran officially began in 1951, but ties between the two countries go back much further. They have been important trading partners for each other, with bilateral trade volume reaching $1.85 billion in 2011. Energy makes up a vital part of their economic partnership. Iran had about $880,000 in oil and gas exports to Indonesia in 2011. However, the sanctions on Iran in 2012 made bilateral trade with Indonesia difficult.

How will the lifting of sanctions on Iran affect relations with Indonesia?
The sanctions against Iran are set to be lifted as early as spring 2016, and the co-operation between Indonesia and Iran can continue and grow. At the Asia-Africa Conference in April 2015, Indonesia’s president Joko Widodo and Iran’s president Hassan Rouhani agreed to enhance relations between the two countries.
The volume of trade between our countries will increase alongside co-operation in other fields such as construction. Iran can offer Indonesia a lot of resources, such as participating in the government’s ambitious power programme to increase 35 GW over the next five years. We have experience in power generation, and Iranian companies would be eager to participate in Indonesian bids to expand power generation and supply some of the sector’s foreign investment needs.

Which sectors present the most opportunities for expanding co-operation between Indonesia and Iran in the coming years?
Because of the sanctions, Iranian companies have participated in the oil and gas industry independently, building refineries and other infrastructure. We have the expertise and the technical ability to complete such projects, as well as competitive prices.
Indonesia’s oil and gas industry as well as the petrochemicals sector have a lot of opportunities. We also hope to participate in the construction of ports, roads and other needed infrastructure. Iranian companies have experience in construction and are eager to join the Indonesian government’s massive infrastructure expansion plan.
Iran is also in negotiations to help Indonesia achieve energy security by exporting oil and gas to the country, in addition to importing from Indonesia.
Two joint projects to build refineries in Indonesia also illustrate the willingness and ability of the two countries to work together. Iranian trading company Nakhle Barani Pardis (NBP) and local energy company Kreasindo Resources Indonesia signed a memorandum of understanding to construct a refinery to process heavy crude oil in February 2014.
Under the agreement, Kreasindo Resources Indonesia will own 70 percent and NBP will own the remaining stake in the refinery, which will have a capacity of 150,000 barrels per day. NBP will supply the crude oil. Indonesia’s aim of re-joining OPEC, which Iran supports, will only improve these opportunities.