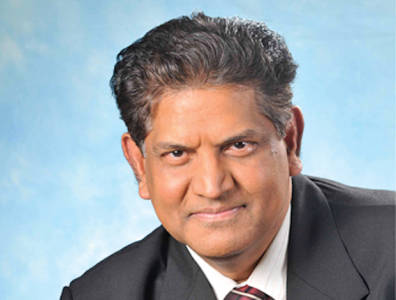 In 2015, with modern technology and international trade, any local entity or foreign company can source materials from anywhere in the world.

Trinidad and Tobago’s Local services providers such as Ansa Technologies have had to adapt their inventory to a volatile supply-and-demand market in parallel to changes in global oil prices. Managing director Aleem Hosein describes how companies can evolve and remain relevant in a healthy, competitive market with large international players.

Prime Minister Kamla Persad-Bissessar’s administration unveiled its $67-billion budget for the fiscal year 2014/15 (October-September) in September 2014, deciding to peg a budgeted oil price of $80 per barrel to the Texas light sweet benchmark. This decision indirectly paired Trinidad and Tobago’s most lucrative export commodity with the ability, and in some cases the inability, of local services suppliers to compete with international counterparts.

RIDE THE WAVE: In the boom years, prior to mid-2008 and the global recession, when crude reached more than $145 per barrel, competition in the local market mushroomed.

In late 2014, with oil prices having then fallen by around 45 percent and hovering around $80 per barrel, sector competition levelled off. This was because of oversupply to the market, contrasting with weak demand.

Such instability is similar to what transpired in the months following the OPEC oil embargo in 1973 and the First Gulf War in August 1990.

In 2015, with modern technology and international trade, any local entity or foreign company can source materials from anywhere in the world. As a result, Trinidad and Tobago’s market is saturated with supplies such as pipes, valves, switchgear and fittings.

This, coincidentally, comprises a sizeable part of our portfolio and mimics the supply-and-demand crude trend in a generally declining stock market.

TYPES OF PIPES: Ansa Technologies sources a reasonable amount of pipes and pipefittings from China. The challenge for firms in small and medium-sized energy markets in the Americas is to negotiate the best price when buying in bulk, while also maintaining quality requirements. In the past, Ansa Technologies used to stock a more diverse range of products, which included large-diameter pipes, such as 8-inch, 10-inch and 12-inch pipes.

However, we had built up an increasingly worrisome amount of stock that was not being sold in a timely manner, resulting in costly inventory sitting in a warehouse for years. We undertook a cost-benefit analysis and decided not to stock large-diameter pipes.

Instead, we elected to carry smaller, fast-moving items, a multi-variable calculus that required careful monitoring and attention. In the end, we learned valuable lessons that led us to change our stocking patterns and make a conscious decision to remain competitive by maximising revenue from the source, namely our locally sourced assets.

This is a common concern for local companies. It surrounds being able to minimise budgetary risk by moving fast-selling items efficiently, within a nexus that allows room in a competitive domestic market and, regionally, alongside larger international suppliers.

REVERSE E-AUCTION: Large parts used in the energy industry tend to deteriorate at a much faster rate, with pipes becoming pitted and rusted. Luckily, clients such as state-owned oil and gas company Petrotrin prefer to purchase parts from a local services provider, especially when they need to source them quickly. The drawback is that, because Petrotrin is such a vast entity, it will require large quantities of such products.

It is at this point that clients will look for competitive pricing from international services providers. As a result, the middleman is cut out and smaller domestic companies lose out on some selected items that may turn out to be the wrong size, for example.

Small local companies cannot keep a large quantity of stock in the same way that international competitors can, and therefore cannot serve the immediate and considerable needs of clients such as Petrotrin as easily.

Another obstacle is the computer-based and US-modelled reverse e-auction. Companies will bid and prices will go down until the lowest price is reached. Whichever company offers the lowest price receives the order.

In some cases, companies such as ours have lost out during the bidding process because we compete with the very same supplier that had provided us with pipes. This scenario makes it impossible for us to compete.

During the e-auction, an executive will be able to see the company’s bid ranking on the screen display, but will be blind to other bidders’ prices, thus allowing a lower bid to be placed if they are still interested in the tender.

A minute is allotted between bids. If there are no other bids, the lowest bid wins. In some cases, the supply contracts are worth several million dollars. Then, after the auction is completed, the winning company confirms, in writing, that it can deliver the goods on time and at that price.

For more interviews and features from Trinidad and Tobago, click here