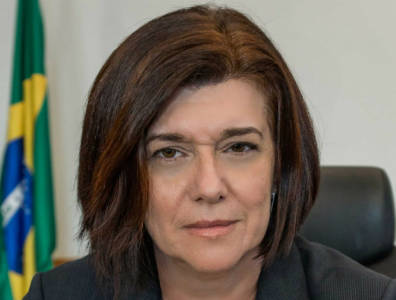 We have a consolidated position in the global oil and gas industry in addition to the contributions of the pre-salt.

Number of contracts signed in 11th bid round118

Upstream upshot: Why pre-salt is a structural opportunity for Brazil

In 2013, after five years with no licensing rounds, Brazil’s National Agency of Petroleum, Natural Gas and Biofuels (ANP) put together three bid rounds and a new production-sharing contract (PSC) structure to manage Brazil’s massive newfound pre-salt resources. ANP director general Magda Chambriard explains why pre-salt is a structural opportunity for Brazil given expectations that it could double Brazil’s production in the next decade.

How do you evaluate the industry’s reaction to the new PSC structure that was introduced by the auction of the Libra field?

These companies have the three fundamental elements that assure us of their future success in this venture. These are financial strength, know-how and long-term vision. The Libra contract will last 35 years. As the first block to be auctioned under the new PSC, Libra has amassed more than $6 billion in signature bonuses and assured around $260 million in minimum investments in the exploration phase. We consider this a very solid outcome.

How important will the pre-salt resources be in promoting the Brazilian oil industry?

The pre-salt is today a fundamental part of the country’s oil industry, but it is hardly the only one. We have a consolidated position in the international oil and gas industry in addition to the contributions of the pre-salt, which are only now starting to make a real impact in Brazil’s oil output. Other areas of the country have enormous development and investment potential, in oil and gas as well as offshore and onshore. Brazil holds around 25 percent of the world’s currently active deepwater exploration and production projects. It also has extensive onshore sedimentary basins with gas potential such as the Parnaíba Basin in the northeast.

How will the 12th bid round in November 2013 for areas with gas potential impact the development of this resource in Brazil?

The emphasis on strategic onshore areas with elevated potential for gas will help decentralise the exploratory investment. Before the November bidding round, this time concentrated on Brazil’s southeastern region, but now it is bringing the development to states such as Acre and Paraná. ANP is preparing a specific regulatory document to oversee the development of hydraulic fracturing activities in unconventional reservoirs, which should also bring further development. The rules ought to be published during 2014, as both the environmental and social regulators have already been consulted on the matter.

How will investments in technology development be assured in the years to come in Brazil?

Contracts for exploration and production in Brazil, both concession contracts and PSCs, include a clause outlining the mandatory investments in research and development to be made by the producing companies involved in Brazil’s technological development. In the case of the concession contracts, the mandatory investment is 1 percent of the gross profit made by the companies in highly productive or profitable fields. In 2013, this totalled $3.8 billion. The Libra PSC establishes that the companies that constitute the winning consortium will have to spend at least 1 percent of the gross annual production of oil and gas originating from the fields in the block area for research and development projects at Brazilian institutions.

What can be expected of Brazil’s upstream development in the medium to long term?

Our expectations are very optimistic. In 2013, we successfully organised three bidding rounds for oil and gas exploration and production in Brazil. The 11th bidding round, held in May 2013 and directed at offshore frontier regions, has helped to geographically diversify the country’s oil production. The round also led to the signing of 118 concession contracts.

Libra has such an enormous potential that it is considered a structural project for the country. It is capable of generating a large number of jobs and profits through the exploration and production of hydrocarbons. It also has the capacity to assimilate in great quantities the goods and services produced nationally.

The 12th bid round, concentrating on onshore gas, also diversified the areas of investment, highlighting the country’s northern, northeastern, southern and centre-western areas. Additionally, the discoveries in the pre- and post-salt areas will allow us to double our production and reserves over the next decade. Brazil will climb a step up and promote itself as a fundamental player in the worldwide oil and gas industry.