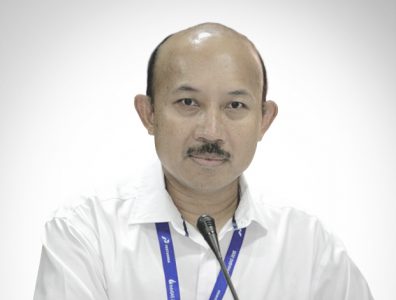 The country is looking to use gas in its power generation sector and expects to commission 13.3 GW of capacity by 2020, requiring about 1.01 bcf [28.6 mcm] of natural gas per day.

Number of simplified oil and gas permits issued in 2015:42

Winds of change in Indonesia

Amid plunging oil prices and a deteriorating investment climate for investors, Gusti Nyoman Wiratmadja, directorate general of oil and gas at Indonesia’s Ministry of Energy and Mineral Resources, tells TOGY about the country’s new vision for the industry and the measures being taken to encourage investments in projects and infrastructure.

How is Indonesia’s oil and gas industry developing?
Indonesia’s oil and gas industry is undergoing several significant changes at the moment. In particular, it is increasingly seeing natural gas, once only produced for export, as a resource that can steer economic growth domestically.
The country is looking to use gas in its power generation sector and expects to commission 13.3 GW of capacity by 2020, requiring about 1.01 bcf [28.6 mcm] of natural gas per day. Gas will also be used in downstream sectors such as fertiliser and petrochemicals production. This will require about $20 billion of investments, including $16 billion for liquefaction and regasification terminals and pipelines.
The second shift pertains to the geographical expansion of the domestic oil and gas industry. Western Indonesia benefits from a good network of oil and gas infrastructure, but this is not the case in remote eastern regions such as Papua. We need capital and technology to develop adequate midstream and downstream infrastructure in the east, taking the unique geography of this maritime area into account.

What steps are needed to facilitate oil and gas investments?
The oil and gas industry has suffered from having too many permits and processes. Many licences from the central government overlap with those of local governments. Under the direction of President Joko Widodo, the Investment Co-ordinating Board of Indonesia has become a centralised permit issuer. This saw the number of oil and gas licences decrease from 104 to 42 in 2015. We hope this simplification process will further attract investors to Indonesia.
Some of Indonesia’s regulations need to be changed or amended, and new ones will also be required to encourage investment. For instance, land and building tax assessments have been miscalculated for the past three years.
Unconventional resources such as coal bed methane also abound. In November, 2015, the Ministry of Energy and Mineral Resources introduced new production-sharing contracts for non-conventional oil and gas operations. As well as the traditional types of agreements, sliding scale and gross split contracts will also be available, as determined by the directorate.

How can Indonesia increase its oil and gas exploration and production?
Most of Indonesia’s oil and gas reserves are located in deepwater areas in the eastern part of the country. Because of the challenges of operating in deepwater regions and the lack of infrastructure in the east, exploring and exploiting these reserves is much more capital and technology intensive. We need to work on several deregulation measures to incentivise investments in these high-risk areas.
Our fields are also maturing, so we need to encourage the continuation of enhanced oil recovery projects, along with the development of improved frameworks for the exploitation of marginal fields.