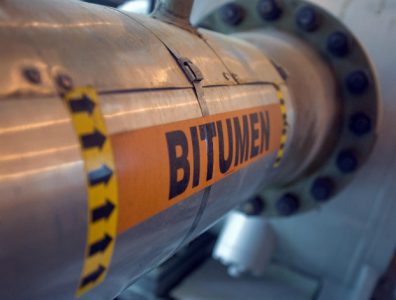 CALGARY, August 21, 2015 – More than 75 percent of the daily output from Canada’s oil sands is being produced at a loss under current crude prices, according to Canadian investment firm TD Securities. Only 450,000 of the 2.2 million barrels of oil produced per day are eligible to be sold at profit, though the scenario is unlikely to diminish current operations.

There are only two mining and upgrading sites in Canada that produce synthetic crude below the outright price of around $36 per barrel used in the research: independent Canadian Natural’s Horizon Oil Sands development and Calgary-based Suncor Energy’s Millennium Mine. The research concluded that on average, the breakeven price for mining and upgrading projects was around $36 per barrel.

Meanwhile, thermal oil sands projects face losses across the board. Looking at Canada’s most efficient thermal operations, TD Securities concluded the average breakeven price was around $43 per barrel. Despite the higher production cost, the heavy crude typically produced by thermal projects tend to sell at a lower price than the refinery-ready oil produced by mining and upgrading projects.

As of Friday morning trading, the price of US West Texas Intermediate was hovering around $41 per barrel, synthetic crude was around $38 per barrel, and Canada’s heavy crude benchmark Western Canadian Select was around $26 per barrel. While depressed oil prices may lead upstream companies to reconsider new development plans, halting existing operations is both costly and poses a risk of inflicting permanent damage on the oil sands reserves.