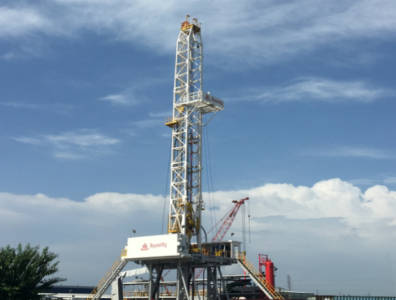 BEIJING, December 20, 2016 – On Tuesday, state-owned China Aerospace Science & Industry Corporation (CASIC) absorbed Honghua Group, one of the largest rig builders in the world. The move will see CASIC acquire some 1.62 billion new Honghua shares, accounting for 29.99% of the company’s stock.

The purchase will make CASIC the company’s largest shareholder. Ally Giant, formerly the largest shareholder, will take second place with 28.2% in the firm after the restructuring. All told, the acquisition will ultimately cost CASIC and Beijing Jianhong Capital Management HKD 1.62 billion (USD 208 million).

A major equipment manufacturer, Honghua Group was hard-hit by the fall in oil prices and the reduction of activity that followed. As a result of the slump, Honghua Group accrued debts of CNY3.1bn (USD 446 million).

The acquisition of Honghua is part of a larger ongoing effort being undertaken by the Chinese government. In parallel with the oil price downturn, China’s NOCs have taken steps to increase their efficiency by spinning off parts of their businesses and embracing mixed ownership structures.

For example, CNPC is in the process of restructuring its enormous services arm in four specialised companies, which the NOC plans to list by 2018. Similarly, CNPC’s listed arm, PetroChina will consolidate three of its pipeline companies into a single entity, in which PetroChina will hold a 72.3% stake.