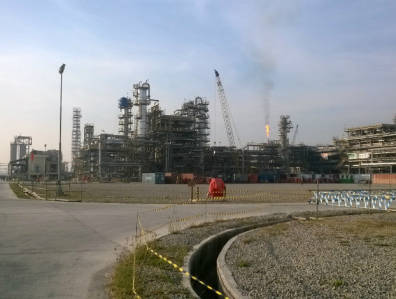 JAKARTA, April 8, 2016 – Indonesia produced 835,000 bopd on average over the first quarter of 2016 on account of increased output from the Banyu Urip project in East Java’s Cepu block, the government announced on Friday.

Jointly operated by ExxonMobil and Indonesia’s Pertamina on 45% stakes, the Banyu Urip field’s central processing facility was started up in December 2015, enabling an increase in output from some 40,000 bopd in 2014 to 130,000 bopd. Production first began in late 2008. The production-sharing contract for the block was signed in September 2005 for a period of 30 years. With a peak production of 165,000 bopd, the project is expected to yield 450 million bopd from 45 wells over the duration of the contract.

“The Cepu production facility is already full, and the production-sharing contract holders are maintaining output levels,” Oil and Gas Director General at the Ministry of Energy and Mineral Resources Wiratmaja Puja was quoted as saying by Reuters on Friday.

Puja also said Indonesia’s 2015 crude output averaged 786,000 bpd. Gas production last year came out at 229 mcm (8.09 bcf). The country recorded a daily average of 233 mcm (8.23 bcf) over the first quarter of 2016. He further added that the government intends to call for bids for 14 oil and gas blocks this year, 11 conventional and 3 unconventional, with an official announcement expected in May. Beyond 2016, Indonesia will be targeting another 27 blocks.