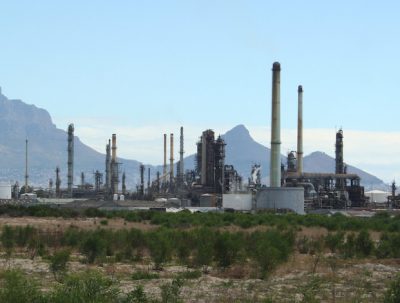 CAPE TOWN, August 31, 2015 – Chevron’s refinery in Cape Town, South Africa is back on line after a mechanical failure that occurred on August 14, a company spokeswoman said on Monday.

Suzanne Pullinger, spokeswoman for Chevron South Africa, confirmed that the mechanical failure had been fixed, and that the refinery was fully functional.

The unspecified mechanical fault had shut down one of the refinery’s processing units and rolled back production of petrol, diesel, and LPG by one-third. Chevron’s operations are crucial as it accounts for more than one-seventh of South Africa’s total refining capacity.

Chevron’s crude refinery in Cape Town has a capacity of 110,000 barrels per day and is the third largest refinery in South Africa. The country meets 95 percent of its crude oil demand with imports from Middle Eastern countries.

For more news and features on South Africa, click here.