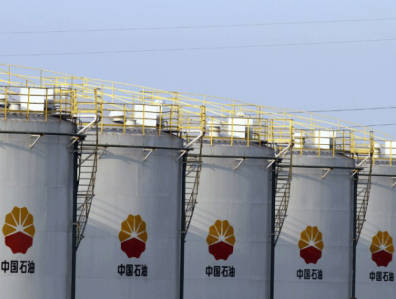 Interpreting images taken between 2010 and 2014, Orbital Insight discerned that China does not have 500 storage tanks but instead boasts 2,100 such tanks. Thanks to the floating roofs, the company was also able to calculate the volume of crude inside.

“As the reservoirs are filled and emptied, the roofs rise and fall, reflected in the crescent moon-like shadows from the walls of the reservoir. The size and shape of the shadow is a sensitive metric of the volume of oil held in the tank,” founder James Crawford told the Washington Post.

According to Orbital Insight, China’s strategic stockpiles are in the range of 600 million barrels of oil. Data released by China’s National Bureau of Statistics earlier this month suggested the country sits on 233.4 million barrels, leading to questions whether Chinese crude demand over the past years was a result of increased domestic consumption or planning for the future.