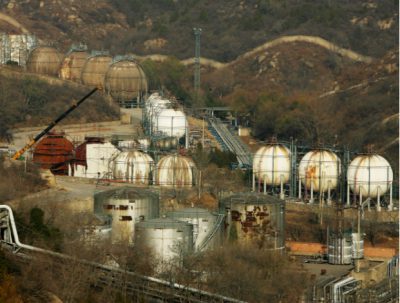 BEIJING, December 16, 2016 – On Friday, in a complete turnaround from policies initiated in 2016, China decided to reverse its decision to allow teapot refineries to sell hydrocarbons products such as diesel, petrol and naphtha on the international market.

Sources revealed that China would not be issuing fuel export quotas for the privately-owned entities. The new policy will revert China’s export operations to its state-run companies, which implies that the 11 refiners whose export quotas are set to expire at the end of 2016 will not be issued new ones.

The policy is a shift from 2015, when the National Development and Reform Commission (NDRC) increased export quotas for Chinese refineries from 60 million to 73 million barrels of petroleum products amid domestic saturation. The move pushed domestic refineries to boost their exports.

In 2016, net diesel, kerosene and petrol exports are expected to jump 31%. In 2015, the Chinese government loosened its regulations for crude import and export quotas for independent teapot refineries, which account for 20% of the country’s refining capacity. The result was a boost in the domestic demand for crude oil and output of refined products.

The Ministry of Commerce, which revealed the change in policy on December 2, has yet to to issue a formal statement on the shift. “We’re hoping to see a fair policy that applies to both state-run and private players,” Zhang Liucheng, Shandong Dongming Petrochemical Group vice-president commented.

Policies surrounding the waiver of consumption and value-added taxes on fuel exports and the potential loss of government revenue are thought to be behind the shift.