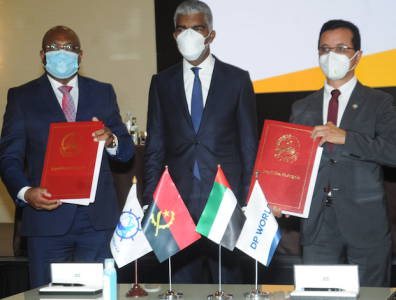 LUANDA, January 27, 2021 – Angola’s Port of Luanda will see a USD 190-million investment from DP World after the Dubai logistics provider won a 20-year concession to operate the port.

During DP World’s tenure, the port’s throughput is expected to climb to 700,000 teu per year, the Dubai Media Office said in a press release on Tuesday.

The agreement was signed in Luanda by chairman of Porto de Luanda António Bengue and group chairman and CEO of DP World Sultan Ahmed bin Sulayem.

“We understand that the performance of the transport sector in our country must count on key players such as DP World, to help us both modernise our infrastructure, as well as make it more competitive,” Angolan Minister of Transport Ricardo de Abreu said.

“As government, maintaining the jobs of workers assigned to the terminal, the implementation of a training and capacity building plan in different areas by the concessionaire, and the inclusion of middle and senior Angolan staff in its decision making structure, are some of the other gains from this relationship that we greatly appreciate.”