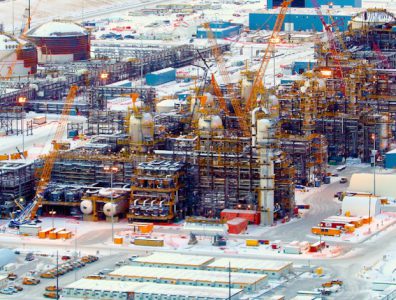 HOUSTON, June 17, 2015 – ExxonMobil announced today that bitumen production at its Kearl oil sands expansion project in Alberta, Canada, has begun ahead of schedule.

The expansion project is ultimately expected to double overall capacity to 220,000 barrels of bitumen per day.

The company used an improved understanding of oil sands from initial Kearl development phases to bring the project’s expansion online ahead of schedule, the president of ExxonMobil Development Company, Neil Duffin, said on the company’s website.

The project will enable the company to access the expected 4.6 billion barrels of recoverable resources situated in Kearl.

“Kearl’s bitumen was first processed in ExxonMobil refineries to help the company fully understand its properties before introducing it to the market. It is now processed in more than 25 refineries around the world,” Duffin said.

The Kearl project, located around 75-kilometres northeast of Fort McMurray, Alberta, is operated by Canadian petroleum company Imperial Oil, an affiliate of ExxonMobil.

Wentworth discovers gas in Tanzania
Next