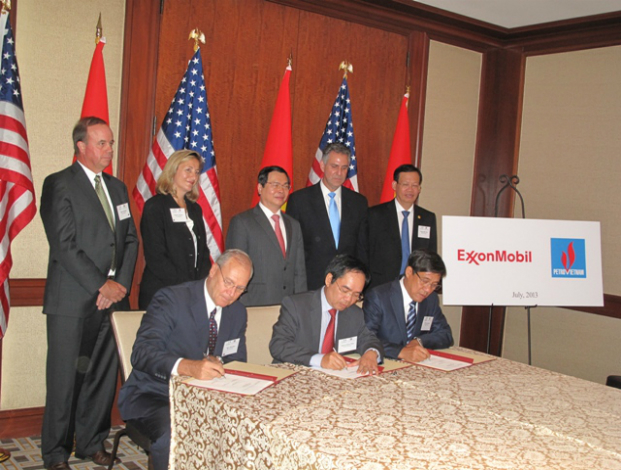 HANOI, January 13, 2017 – ExxonMobil’s Vietnamese unit on Friday entered into an arrangement with PetroVietnam, underscoring its commitment to the development of the Blue Whale Project.

Signed in the presence of outgoing US Secretary of State John Kerry, the agreement will see the two parties commit to achieving first gas for power generation by 2023. ExxonMobil, holding a 64% operating stake, and partner PetroVietnam had earlier suggested 2021 for first gas.

Low commodity prices and prolonged discussions on the project’s commercial terms are believed to have hampered progress. Drilling first got underway in 2011. High carbon dioxide content of the gas and PetroVietnam’s “limited experience,” by their own admittance, with major offshore gas developments, have also impacted the project’s timetable.

The Blue Whale project, also known as Ca Voi Xanh, is situated in deepwater block 118. A late 2015 ExxonMobil production guidance said the project could produce 10.6 mcm (375 mcf) of natural gas and 3,000 barrels of condensate per day. The offshore asset is estimated to contain gas reserves of between 85 bcm (3 tcf) and 283.2 bcm (10 tcf).