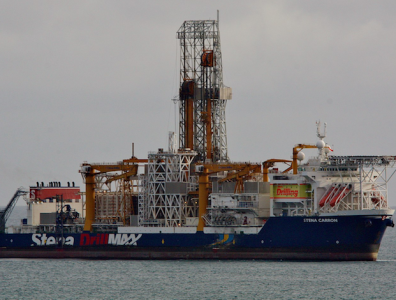 GEORGETOWN, January 7, 2019 – ExxonMobil has begun drilling the Haimara-1 well in the southeastern section of Guyana’s offshore Stabroek block, the super-major announced in a press release on Monday.

The Stena Carron drillship is being used to drill Haimara-1, which is the first of two exploration wells planned in the block this month. Following the completion of that well, the company will use the Noble Tom Madden drillship to spud Tilapia-1 near the Turbot discovery.

“We continue to prioritise high-potential prospects in close proximity to previous discoveries in order to establish opportunities for material and efficient development,” ExxonMobil Exploration Company president Steve Greenlee said in the statement. “Like the Liza and Payara areas, the Turbot area is on its way to offering significant development options that will maximise value for Guyana and our partners.”

Since 2015, ExxonMobil has made 10 discoveries in the Stabroek block, where recoverable resources are now estimated at 5 billion boe.