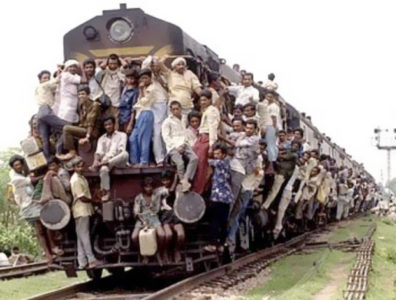 India to spend more on rail on back of cheap oil

MUMBAI, February 26, 2015 – India’s state-run train services are expected to receive more than $9 billion in investments, to be funded by lower subsidy spending due to the falling oil prices.

It is expected that India’s nine-month-old government will invest substantially in infrastructure when it presents its first annual budget on February 28.

The country’s savings in subsidy spending across the economy are forecast to be between $1.9 billion-$2.4 billion in the 2015-16 fiscal year, starting on April 1.

Railway Minister Suresh Prabhu has also asked the finance ministry for an extra $3.2 billion to invest in track upgrades for the country’s run-down rail network, estimated to be used by about 25 million passengers each day.

Indian politicians have made calls for the amount saved from reduced diesel costs to be used to bring down passenger fares. However, there are no plans to cut passenger fares, according to government officials.

Rise in oil and gas production in Ohio