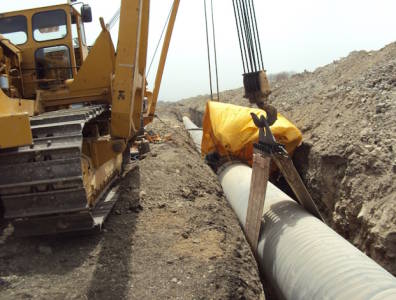 TEHRAN, September 28, 2015 – The National Iranian Gas Company has announced a $1.8-billion expansion of a gas network and pipeline to Pakistan’s southeast.

The planned 260-kilometre pipeline will connect the offshore Pars gas field to both India and Pakistan for export.

“About 300,000 households in southeast Pakistan in urban and rural areas around Zadehan, Chabahar, Khash, and Zabol will benefit from this treasure,” said Iran Engineering and Natural Gas Development director Hasan Montazer Torbati in a press conference.

The Iran-Pakistan pipeline is the first such announced infrastructure development to come after the July’s nuclear deal between Iran and several world powers including the US. Sanctions are not expected to lift until 2017.

“Lifting of sanctions on Iran is a win-win situation for Pakistan as well,” chairman of Pakistan’s National Assembly Standing Committee on Foreign Affairs Awais Leghari had said to the local daily Express Tribune before a planned meeting in Iran. “We should proceed with big trade plans with Tehran.”