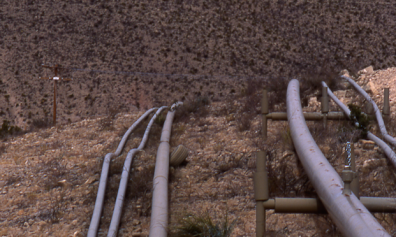 TEHRAN, November 12, 2015 – Iran signed a new contract with Iraq to export natural gas to the latter’s southern port city of Basra on Wednesday. Under the deal, Iran will send 25 mcm (883 mcf) of gas per day to Basra for a period of six years, according to the Tehran Times.

The supply will feed three power plants in Iraq’s port city of Basra, the English language daily reported. Iran is expected to initially deliver 4 mcm (141 mcf) per day, which may increase to 35 mcm (1.24 bcf) per day at a later stage under an addendum to the deal.

Hamid-Reza Araghi, the managing director of the National Iranian Gas Company, has said the price of the gas piped to Basra would be the similar to that to be sent to Baghdad under a previous deal.

Gas will be supplied through a 270-kilometre pipeline to Basra, according to the Tehran Times.

“The gas export will begin in a year and a half,” Iranian Deputy Oil Minister Hamid Reza Araghi was reported as saying.