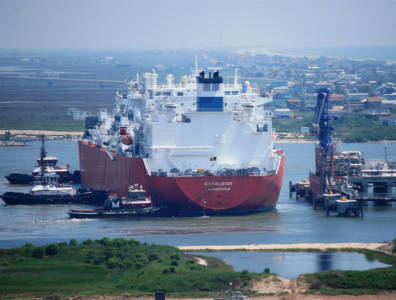 The sale will see Global Infrastructure Partners interest in the project end after its acquisition of shares in 2015.

Jera already held a 25% stake in the first train of the project and transports 2.32 million tonnes per year of LNG to Japan and other nations from the site.

The Freeport LNG terminal consists of three trains with an annual capacity of 15.45 million tonnes per year. Plans to build a fourth train are in the planning stages.

Approvals and authorization for the movement of shares is still pending.

ExxonMobil signs with TechnipFMC in Guyana
Next