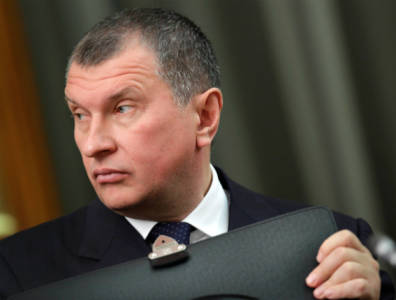 Rosneft head lashes out at OPEC

MOSCOW, May 10, 2016 – Igor Sechin, president of Russian oil major Rosneft, has questioned the effectiveness of OPEC in correcting the current supply-demand imbalance.

In statements made over the weekend, Sechin, a close confidant of Russian President Vladimir Putin, also said Rosneft had long been sceptical of reaching “any sort of joint agreement with OPEC’s involvement.”

Released today, Sechin’s comments to Reuters included a harsh verdict on OPEC’s performance of late, saying the body has “practically stopped existing as a united organisation.” However, the Rosneft president also questioned the ability of cartels in general to “dictate their will to the market” in the current economic environment.

“At the moment, key factors which are influencing the market are finance, technology and regulation. We can see this with the example of shale oil which … became a powerful tool of influence on the global market,” Sechin said on the topic of what determines prices, signalling that market rebalancing rather than cartels will determine where oil prices go next.