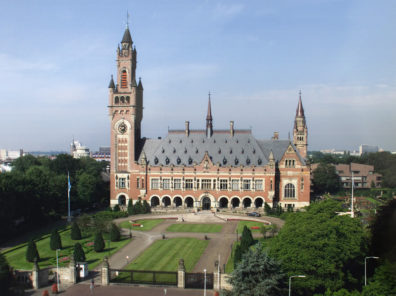 Russia fined $50 billion by The Hague

THE HAGUE, July 30, 2014 – Russia is set to appeal a ruling of the Permanent Court of Arbitration in The Hague, the Netherlands, which ordered it to pay $50 billion in compensation to former shareholders of  defunct Russian oil company Yukos, the Russian Finance Ministry announced on Monday.

The ministry called the decision “opportunistic” and “politically biased” and – in an apparent reference to the crisis in Ukraine and the loss of Malaysia Airlines MH17 –said the judgment was influenced by current events.

Mikhail Khodorkovsky an oligarch who was jailed for tax evasion controlled Yukos, his energy assets were later passed to Rosneft. Khodorkovsky, once Russia’s richest man and an outspoken critic of corruption in Russia spent eight years in jail before being pardoned. He now lives in Switzerland.

If Russia’s appeal is unsuccessful it may face asset seizures.

Partner needed in Kenya Oilfield
Next