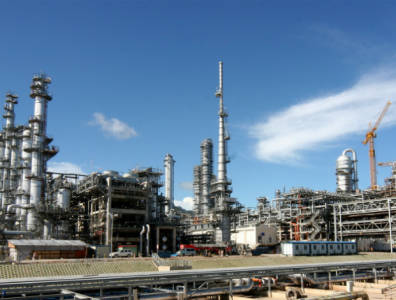 Publicised on Tuesday, the news follows a December 2015 Heads of Agreement that saw Shell and CNOOC commit to increasing the facility’s ethylene production capacity by more than 1 million tonnes per year.

“This agreement demonstrates our confidence in the Shell-CNOOC partnership and our ongoing commitment to China, after over 100 years of Shell operations in country,” Shell CEO Ben van Beurden said in December. His Chinese counterpart, CNOOC Chairman Yang Hua, at the time stressed the importance of Shell’s proprietary technologies to the production of petrochemicals “for China’s growing domestic markets.”

Commenting on the Tuesday decision, Graham van’t Hoff, executive vice-president of Shell’s global chemicals business arm, said he was “pleased to confirm” that the company was going to pursue the petrochemicals project. “We are selective in our investments, and this decision underlines our confidence in the strong growth potential for chemicals in China,” he added.

Utilising Shell’s Only MEG Advantage technology, often shortened to Omega, the petrochemical complex will be able to produce mono-ethylene glycol with almost no by-products, decreasing handling and storage needs. Styrene monomer and propylene oxide technologies should see the plant produce 150,000 tonnes of ethylene oxide per year, 480,000 tonnes of ethylene glycol and 600,000 tonnes per year of high-quality polyols, bringing the total volume to more than 2 million tonnes per year.