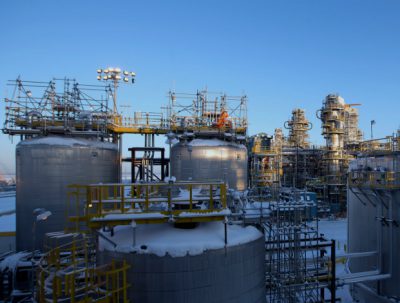 MUSCAT, June 8, 2018 – Canada’s SNC-Lavalin has been awarded a USD 1.5-billion contract to build a chemicals facility in Oman, the company announced on Thursday.

The EPC firm will design and deliver a greenfield chlor-alkali PVC plant to be built 150 kilometres southeast of Muscat, and will participate in its operations and maintenance. The plant will produce 250,000 tonnes per year of PVC destined for Asia, and around 140,000 tonnes per year of sodium hydroxide (caustic soda) for local industrial use.

The client for the project is Project Development & Management International, which develops and manages industrial projects in Oman and abroad.

“This contract is a major strategic win for us, helping to grow our business in the region,” Christian Brown, president of oil and gas at SNC-Lavalin, said in a statement. “Oman is an important market for SNC-Lavalin where we have a long history of safely delivering complex major projects,” he added.

In March 2017, majority state-owned Petroleum Development Oman brought SNC-Lavalin subsidiary Kentz Overseas Company on board to help commission and manage its upstream assets under a five-year contract. As part of the deal, the Canadian firm has set up a school for training engineers in Muscat.

Sonangol to privatise subsidiaries
Next