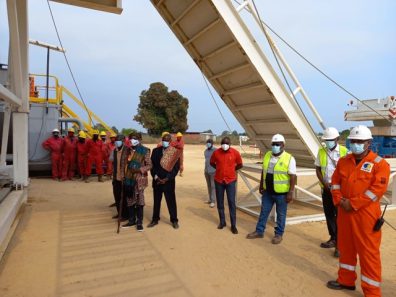 LUANDA, September 1, 2021 – Somoil has hired a rig to up production on their FS and FST licences in the onshore area of the Congo Basin in Zaire province, the company announced on Monday last week.

The Falcon drilling rig is owned by Sondagens de Angola, based in Soyo. The contract is for three years.

“It will not only allow us to mitigate the decline in production in the FS and FST Associations, but it will also ensure an increase in the production of, at least 30% until 2024. A period in which we will reach the target of 10,500 bopd,” said Edson dos Santos, CEO of Somoil.

The cost of the rig deal was not disclosed.

The company is targeting a 50% increase in overall production.