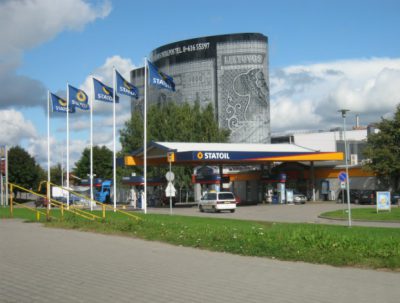 STAVANGER, August 29, 2016 – Norway’s Statoil announced that the company had cut costs of the first development stage of the giant Johan Sverdrup oilfield by around 20% and significantly increasing production previsions today.

Expected development costs for the field are now down from an original estimate of NOK 123 billion (USD 14.8 billion) to NOK 99 billion (USD 11.9 billion). The project’s breakeven price is now anticipated at around USD 25 per barrel, down from USD 40 per barrel.

Johan Sverdrup is located on the Utsira Height, 155 km off the Norwegian coast, west of Stavanger at water depths of 110-120 m. The reservoir is found at a depth of 1,900 m. With estimated reserves of 1.9 billion-3 billion barrels of oil equivalent, the giant oilfield, discovered in 2010, is the largest find in the North Sea in more than 30 years.

Statoil is the field’s operator, with a 40.03% stake. Other stakeholders in the field include Swedish firm Lundin with 22.6%, Norway’s Petoro with 17.36%, Det norske with 11.57%, and Danish conglomerate Maersk with the remaining 8.44% share.

Norway’s Petroleum Directorate (NPD) is pushing companies operating offshore Norway to simplify projects and cut costs. According to the NPD, offshore development costs in Norway have fallen by more than 40% since 2014, based on simpler development plans, cheaper equipment and technology as well as more efficient drilling programs. Lower rig rates and simpler well designs have had a significant impact on overall project costs.