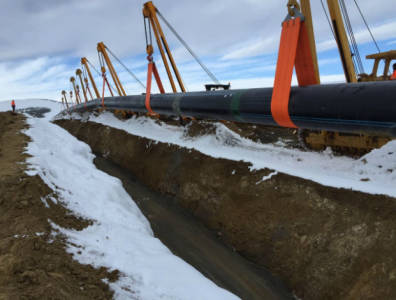 ISTANBUL, April 22, 2016 – Trans-Anatolian Natural Gas Pipeline, the company overseeing the construction of the like-named pipeline that will facilitate Azeri gas exports to Turkey and Europe, aims to broaden the scope of the project by adding Turkmen and Kurdish gas, its CEO said on Friday.

Speaking to Daily Sabah, chief executive Saltuk Düzyol noted that the drive of the Kurdistan Regional Government to develop its natural gas resources and accompanying infrastructure could become part of TANAP. Genel Energy’s Miran and Bina Bawi gasfields will be the cornerstone of that effort, which is to result in first gas exports by 2020.

Düzyol also said resources from the offshore Serdar field could be added. As the maritime border between Azerbaijan and Turkmenistan remains in dispute, so too is ownership of the field, whichAzerbaijan refers to as Kyapaz.

For more news and features on Azerbaijan, click here