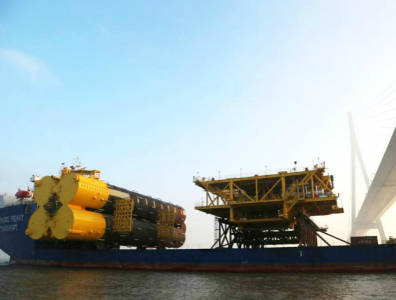 LONDON, July 31, 2015 – UK’s Arupa has joined a consortium of companies pushing the development of marginal fields by the oil and gas industry. Arupa will bring its self-installing and mobile ACE platform design, which could be used in combination with the Normally Unattended Self-Installing Fixed Tower, also known as NU-SIFT, one of the pieces of equipment being developed by the consortium as a cost-effective method of exploiting marginal fields.

The NU-SIFT is being designed as a cheaper alternative to floating production, storage and offloading units. The self-installing offshore structure will have the capacity for quick redeployment and remote operation. Presumably, Arupa’s ACE platform could be used in combination with NU-SIFT to house the tower’s topside facilities.

The Marginal Field Delivery Consortium was launched by ABT Oil and Gas, a joint-venture company specialising in marginal fields formed by UK independent Enegi Oil and UK risk consultant RMRI. Its members include UK’s Braemer ACM and Apollo, Norway’s AGR and Kongsberg Maritime, and Holland’s Frames. Enegi’s shares were up 14.1-percent on Friday morning as a result of the news.