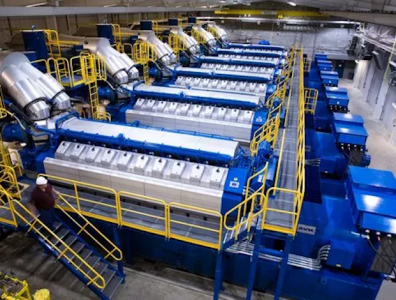 LUANDA, October 17, 2017 – Wärtsilä has signed a deal to supply the generation equipment for three new power plants being constructed in Angola, the company announced Monday.

China’s Dongfang Electric International Corporation is building the three 23-MW plants in Luena, Benguela and Saurimo on a fast-track basis, with the facilities set to come on line in Q3 2018. The prime movers will be four Wärtsilä 32 engines powered by light fuel oil, and the Finnish company will begin deliveries in Q1 2018. It will also assist in the installation and commissioning.

“We are honoured to be a partner in these projects since they are important to the future development of Angola,” Mark Zoeters, the business development manager, Africa East of Wärtsilä Energy Solutions, said in a press release.

Angola has long suffered from power shortages and power cuts, a direct result of too much demand for a system that cannot cope. The country has major plans for further power generation, some of which include cross-border initiatives with Namibia including the Baynes power project and electricity transmission lines between the countries.