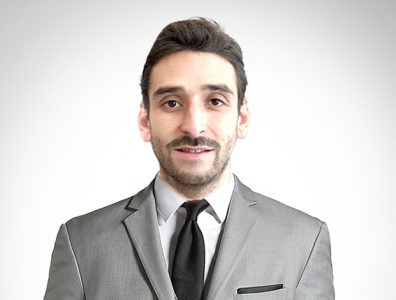 Now, the key to gaining momentum is to allow Mexico's load centres and generating companies to start functioning as they should.

Jorge Hernández, CEO of REGULUS Energía, talks to The Energy Year about how Mexico’s electricity bill clashed with the private sector’s interests and the likely market dynamics following its defeat, as well as the company’s dynamic business model. REGULUS Energía is a private electricity distributor operating in Mexico’s wholesale market.

In what ways did the rejected electricity bill clash with the private sector’s interests?
The slamming of the government’s new energy reform can be interpreted in different ways. For market participants, it was a very poor bill which clearly hampered private initiative. Yet its intention to advance energy sovereignty was understandable to many.
The narrative of energy security and self-sufficiency is one that is broadly conceived by Mexicans, who sometimes fail to understand the real intricacies of the electricity sector and thus, the actual implications the reform could have had if passed. For example, one of the stipulations established the CFE [Federal Electricity Commission] as the major market player, with a 54% market share. This resembles the country’s landscape a decade ago, when Pemex and the CFE had a monopoly on the energy sector.
After the energy reform of 2013, we witnessed a gradual opening up of the market and this was seen in the retail sector, for instance, where we started to see private retailers. A relatively open market developed, with a certain amount of competition. This seemed to be the way forward for the whole energy industry, including of course the power sector. This, however, changed with the current administration, which has been fiercely pushing to reinforce Pemex and the CFE. This was one of the main premises of the proposed energy reform, and was clearly detrimental to private investors and companies operating in the country’s power scene.

What market dynamics and challenges are likely to develop after the rejection of the energy reform?
An interesting scenario has opened up. There will be a wave of decisions and actions coming from actors who were waiting for the bill to fail. These private players didn’t know whether to migrate and invest in the renewables space due to the existing uncertainty. Now things seem to be clearer and many will also take advantage of the fact that in Mexico, labour and services – including energy – are cheaper than in many other countries.
We might see a large migration of permits stipulated by the public electricity service law, which imposes specific transmission agreements and sales obligations with the CFE, something that the current government is not too fond of. We might see the movement of power generating companies into a much fairer energy market. The rejection of the bill has also meant the maintenance of the Energy Regulatory Commission (CRE) as an autonomous body. Likewise, Cenace [National Centre of Energy Control] has also remained independent system operator.
Now, the key to gaining momentum is to allow the load centres and generating companies to start functioning as they should. The current administration stopped the migration process of many load centres and generators due to bureaucratic issues.
The challenge is that many generating firms have a large queue of projects to introduce into the electricity market. As these projects are released, the market itself will be strengthened. There is plenty of generation from already amortised technologies, but the CFE has not allowed their energy to be injected into or dispatched to the market under the participating generator figure. It has neither given them permits nor allowed them to migrate their current permits. Thus, the challenge is found in the lack of support for autonomous organisations and firms so that more players can be let in and transact in the wholesale market.

What are REGULUS Energía’s key activities in Mexico’s wholesale power market?
REGULUS is a dynamic player that participates in the Mexican wholesale electric market with the status of a firm that commercialises energy. We move almost 45 GW of electricity on a monthly basis. We focus on the trading of energy and associated products. One could say we are an energy brokerage house or an energy trading shop. We were born with the mission of identifying algorithms and arbitrage opportunities that allow us to capitalise on short-term opportunities that appear in the market.
Moreover, REGULUS is engaged in high-risk trades, as high risks come with high rewards. We have big ambitions and we currently do less than 20% of the operations that we had planned when we were born. Since inception, our aim has been to participate in the area of financial transmission rights, which is where you can prepay for a line – or a part of it – that you are going to use to dispatch your energy. That way one can avoid congestion on those lines and, in the future, you can have the right of way or sell it to a third party.
This is a high-risk market in itself. However, the government stopped financial transmission rights, so we haven’t been able to participate in them. Long-term auctions are something we were also going to play in, but we were not allowed.

What kind of transborder opportunities does the company capitalise on?
We monitor both the national market and neighbouring ones and try to optimise electricity use at a profit. We are the most avid importer and exporter of electricity from the US into Mexico, something that we have been doing for more than three years. When the demand for electricity is high in Mexico, we seek to supply electricity from the US at lower prices. Likewise, when there is oversupply here, we buy it and export it to the US or Guatemala. It’s all about finding the opportunities of supply and demand at the right time.

Do you see any non-traditional opportunities in the Mexican electricity market?
There are two different markets for the electricity sector: a forecasting market and a correction or speculation market. The presence of the latter will depend on how open a country is. In Mexico there is only a forecasting market: you forecast how much you are going to generate, and you get paid according to what is forecasted based on a market analysis.
Normally, prices are very good and the forecast is accurate, but things can always happen such as line drops. The real-time market allows you to correct or speculate with these situations, similar to the stock market, and thus one can make money out of it. In the US, for example, you can do virtual trading in real time. In Mexico, this is stopped despite the opportunity it represents.
There are three opportunities we don’t have access to: the real-time market, financial transmission rights and long-term auctions. In addition, rather than an opportunity, there is the need for many power plants that did not obtain their permits in 2016, 2017 and 2018 to begin operation. The 2016 plants started operating in 2019, 2020 and 2021.
At the same time, the CFE is removing power purchase commitments from large companies, they will no longer be able to sell their energy in the market so they will be forced to do PPAs. This means that there is a huge amount of energy coming. At the same time, prices are rising because there is a lot of demand. We have to see how all of us in the market supply these needs.
Mexico is among the largest electricity markets in the world. In addition, we have the largest market participant as a competitor, and that is also an opportunity. The CFE has energy that they don’t dispatch due to price and technology. Working together there is a big chance for Mexico to keep growing its industry.

How important are renewables in the company’s portfolio?
As a company, we have to work with fossil fuels because it is difficult to support the power and energy capacity in this country solely with intermittent energy. Currently, we can deliver almost 75% of our portfolio from wind and solar combined. We have another 5% that comes from biogas – from cow and pig waste. This is a very important area for us.
In April 2022, we started managing a 3-MW biogas plant. The scale of these projects is based on onsite strategies, with capacities of 3-5 MW. They are small in scale but based on very good business models. We are also very interested in green hydrogen but there is still a lack of regulation in this space. The same goes for battery storage, which is practically untapped due to the bland regulatory environment. Despite this, both hydrogen and batteries are great hopes for the future.

How key is technology in your day-to-day operations?
The trading business requires continuous monitoring and scanning of the market. For this we use the latest software and forecast systems that come from the US, in addition to our own algorithms.
In Mexico, forecasting systems still don’t work well, given the manipulation of prices we have witnessed in recent years.
We have our own neuronal network built over recent years, but we’ve also contracted two external softwares that are interconnected with our in-house network. We additionally have a licence for a software called Operati that does all the scheduling, invoicing and required links with CENACE. Digital is key in what we do, and we will continue evolving thanks to digital transformation.