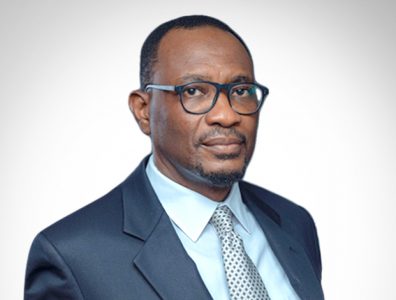 We need to ensure gas is supplied to communities in a sustained manner to trigger improved productivity and raise the country’s GDP.

Nuhu Yakubu, group CEO of Banner Energy, talks to The Energy Year about the importance of expanding access to gas in Nigeria and the company’s current projects. Banner Energy delivers LPG to all areas of the country through its wide network of BannerGas distribution and retail outlets, for cooking, autogas and industrial applications.

What benefits will the transition from oil to gas bring to Nigeria?
The gas-based energy transition is going to have a large impact on the Nigerian economy, especially with low-hanging opportunities in closing the supply/demand gap for expansion and deepening of the use of gas for domestic cooking. Gas-applicable uses for autogas and industrial gas as feedstock and fuel gas equally portend huge benefits for gas-based industrialisation. It is a potential solution to address energy poverty through affordable and accessible gas. Energy sources such as firewood, kerosene and sawdust need to be substituted to improve public health and safety, wealth creation and economic growth for Nigeria.
LPG and natural gas could have a positive multiplier effect for Nigerians if the opportunities are harnessed, through improved multi-sectoral co-ordination for a holistic result output. Natural gas plays a fundamental role in traditional industry, whether in the agriculture or minerals sector. It serves for heating and processing raw materials into products and marketable commodities. We need to ensure that gas is supplied to communities in a sustained manner to trigger improved productivity and raise the country’s GDP.
Ultimately, there is a global race to finance renewables while investment in hydrocarbons appears to be declining. All gas assets in Nigeria should therefore be supported to operate optimally to capacity, through instrumentalising the right policies and regulations, so as to get full value for their ever rising setup capex, amidst correspondingly diminishing appetite for fresh capital flow to finance projects.

What growth is LPG experiencing and how important will terminals be moving forward?
Nigeria is experiencing an LPG consumption surge, which is projected to experience a quantum leap owing to improved awareness. There is a suppressed demand for gas across the country and for this reason we urgently need to give consumers better access to it. A major issue about accessibility is the worsening state of disrepair and neglect of roads in some parts of the nation, which makes ease of gas deliveries a huge challenge, with frequent supply distortions.
Despite the Covid-19 pandemic, LPG consumption in Nigeria had risen to over 1 million tonnes as of December 2020, and could have easily made the 1.5-million-tonne mark were it not for Covid-19. People constantly need to cook, and this requires gas. LPG constitutes 5% of Nigeria’s domestic energy mix, amidst a 5% population penetration, which means Nigeria could easily consume 10 million tonnes annually for cooking gas alone.
Nigeria produces around 3 million-4 million tonnes of LPG per year but most is committed to medium/long SPA commitments. We must wait for the effluxion of these contracts to draw down on them to augment domestic supply sources. NLNG remains the dominant local supplier at 350,000 tonnes per year, with a recent increase to 450,000 tonnes per year.
The balance of 60% of domestically consumed LPG is imported through coastal terminals. The existing demand justifies investment in new coastal and inland terminals and community-based filling plants. LPG terminals are, however, having challenges with accessing forex flow to trade LPG imports, hence operating at sub-optimal levels. It is now becoming common knowledge that rather than concentrating new LPG terminal projects in built up highly populated cities and towns, they are better situated further out to improve accessibility for a wider radius of consumers.

What issues does the public sector need to address to ease the transition to gas?
Up until last year, a 5% value-added tax was applied to locally produced LPG but no VAT was applied to imported LPG, which helped to cushion the price of imported LPG, as it remains a major supply source. Equally commendable is government approval of a five-year import duty waiver period for all imported LPG equipment. However, policies that promote subsidies on competing fuels like petrol should be discarded in favour of a market driven petroleum products pricing arrangement.

How well established is Banner Energy in Nigeria’s gas distribution sector?
Banner Gas owns one of the largest LPG retail networks in the country, with over 40 LPG filling stations in operation. We move gas throughout 16 states across the nation. We are major D-LPG [domestic LPG] partners of NLNG and other major producers and suppliers. We own and operate the largest network of LPG autogas filling stations in the country through our co-located LPG filling stations. We also have an EPC division that has built more than 65 LPG filling plants. We design and build location-specific plants for ourselves and clients.
CNG and LNG opportunities will remain because they are potentially the best way to deliver affordable gas to localities where there are no pipelines. While CNG can be delivered close distances from its mother station, LNG can be transported further distances. The more LPG, LNG and CNG infrastructure we build in Nigeria, the cheaper gas will be. BannerGas is concluding plans to co-locate CNG autogas filling stations with its existing network of LPG autogas filling stations to give consumers dual options.

What is Banner Energy doing to grow the sale of gas in Nigeria?
We are planning an expansion in our autogas vertical. We have been working with autogas for more than a decade and are well positioned to take advantage of the current momentum. Although cooking gas has traditionally made the most profit for us, cars consume four times more gas than an average household, hence need more gas supply/demand when autogas kicks in fully.
The fact that people are switching to autogas is exciting. However, there are still many constraints such as pricing disadvantages with subsidised petrol. Weighing prices apple for apple, consumers ignore other salient benefits of gas use, and go for petrol because it is simply cheaper by the litre. Value-wise, gas is cheaper because you service your vehicle less frequently due to less wear and tear. Additionally, autogas is far better for environmental sustainability. Our boots are on the ground. We were able to support the government and NNPC in deploying the autogas programme. We also supported NNPC in building some of their autogas stations. We will continue to support the government and do our best to make sure that the impact of gas is felt nationwide.

What projects are you developing at the Liberty Oil and Gas Free Trade Zone?
We are developing a 13,000-tonne LPG storage depot and loading and offloading terminal. We aim to complete the capital raise exercise by this year and commence construction hopefully in Q1 2022 through an 18-month period to completion.
We are also developing our 12,500-tonne-capacity LNG storage within the same BannerGas Terminal project site.
Additionally, we are planning a 500-MW power plant at close proximity to the BannerGas Terminal project site location. The project will generate electricity by combusting natural gas as primary fuel and LPG as secondary fuel using combined-cycle power plant technology. In June 2021, we signed the EPC contract for the construction of the first of two phases, each of 260 MW.