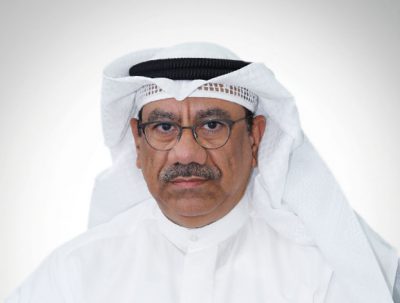 For whatever project we invest in in the future, we have a mandate to integrate it with petrochemicals to enhance our value chain.

A mandate to integrate

Nabil Bourisli, CEO of KPC Holdings (Aruba) Group and president of Kuwait Petroleum International (KPI), talks to TOGY about the strategy of the company’s investment in the Nghi Son refining and petrochemicals project, the latest developments in other downstream initiatives and why petrochemicals are central to KPI’s plans. Also known as Q8, KPI is the downstream-focused international subsidiary of KPC.

• On the Duqm project: “The Duqm refinery will mark the beginning of a new era for both companies. This project will leverage the energy sector of the sultanate, maximise resources and develop the economy in the Gulf region.”

• On future plans: “Our focus is to expand downstream operations – locally and internationally. By end of this year, Kuwait National Petroleum Company’s Clean Fuel Project will be completed, which will enable us to expand oil exports according to Euro 4 or 5 specifications. This additional volume will support our retail business in Europe. Whenever there is a good business opportunity, we consider capturing it.”

Most TOGY interviews are published exclusively on our business intelligence platform, TOGYiN, but you can find the full interview with Nabil Bourisli below.

How did KPI come to invest in the Nghi Son refinery in Vietnam and what are the latest developments at this project?
KPI’s main business operations were in Europe since its establishment in 1983. After the liberation of Kuwait, attempts were made to get into JVs with our customers in the Far East, but some of the countries where we were aiming to secure projects were not ready for these JVs.
India, Indonesia and the Philippines are examples of countries where we saw strong growth over the last 15 years, and we expect this to continue for the years to come until 2040 or 2050 because of their growing population and demand. Hence, we aim to have strategic investment in those countries, besides having a win-win situation for both sides.
The Nghi Son Refinery and Petrochemicals groundbreaking took place in 2013, and the refinery, along with the petrochemical complex, was mechanically completed within the project’s schedule. We are in the last stage of commissioning. The refinery is on its way to full commercial operation and the first batch of exports have already been sold in the Vietnamese market. We expect refining capacity to reach 100% by July 2018.
We also have an agreement with the Vietnamese government to expand the refinery capacity from the current 200,000 bpd to 400,000 bpd. We got the government approval and received the land for the expansion, and we are in the final preparations for doing the detailed engineering. We will start the engineering studies soon, which we plan to complete by next year, and the project will be ready for construction soon after that. We aim to complete the expansion of the refinery and petrochemical complex by 2023.

What was the impetus behind forming a JV with the Oman Oil Company (OOC)?
I have to begin with the strategy of KPI in the refinery business. As illustrated in KPC’s strategic 2040 Vision, we are going ahead with the goal of securing 1.3 million bpd [in refining capacity] through projects outside of Kuwait by 2040. We are expanding the Nghi Son refinery to 400,000 bpd; then we have the [Milazzo] refinery in Italy with a capacity of 268,000 bpd. We are also pursuing opportunities in South Asia, so we will reach 1.3 million by 2040.
In addition, we have collaborated with OOC to build a grassroots refinery in the south-central area of Oman. The Duqm Refinery & Petrochemicals Industries Company is a 50-50 JV between KPI and OOC, which, once complete, will add 230,000 bpd to Kuwait’s international refining capacity. We broke ground on this project on April 26 [2018], and we expect it to be ready for commissioning by 2022.

What does each party bring to the table?
The Duqm refinery will mark the beginning of a new era for both companies. This project will leverage the energy sector of the sultanate, maximise resources and develop the economy in the Gulf region.
Oman Oil Company and Kuwait Petroleum International will implement joint efforts to manage the refinery, execute its operations and add great value to the project as well as the economy as a whole. It will also create many jobs for Omanis from the Duqm area. The presence of Kuwait will secure our Kuwait Export Crude (KEC) for export to the refinery. It will be the main feed for that refinery.

Following the Duqm JV, do you see future prospects for collaboration between NOCs?
Yes. On a regional level, Oman is a good start, and we are keenly studying the rest of the GCC region as well. We are looking for countries with high growth.
We have also been in contact with some of the NOCs in the Philippines, Indonesia and Malaysia. We are evaluating projects based on the economic feasibility and our hurdle rate. We plan to secure a few of these projects, supported by the incentives we may get from our JV partners. Some of these countries are still working internally to facilitate their ability to get into partnerships.
We think China is a strategically important location, but its petroleum products are not yet regulated. Until that time comes, we are maintaining excellent relations with big companies.

Is your pivot to Asia focused on refining and petrochemicals, whereas Europe is more about the retail side?
Yes, in Europe, it’s a totally different market challenge. We have set up several operations in Europe. Besides the 50-50 JV with Eni [for the Milazzo refinery], we own and operate more than 4,700 petrol stations all around Europe, including more than 3,500 in Italy.
Our business in Europe, especially in aviation, is large as we supply jet fuel to more than 60 regional and international airports. Another big line of business for us is the IDS [International Diesel Service fuel card] operation, which extends from Turkey to Spain.
We are covering all the areas of energy in Europe, which include LPG, CNG and bio-fuels as green transportation fuels.
Our focus is to expand downstream operations – locally and internationally. By end of this year, Kuwait National Petroleum Company’s Clean Fuel Project will be completed, which will enable us to expand oil exports according to Euro 4 or 5 specifications. This additional volume will support our retail business in Europe. Whenever there is a good business opportunity, we consider capturing it.

Are you only looking into investing in integrated refinery projects?
The energy demand worldwide is going to increase. However, with the entrance of renewables in that arena, the demand for coal, crude oil and gas will decline. Hence, we are focusing now on petrochemicals because we know petrochemicals are the future for the world. We are expecting growth in the petrochemical and petroleum products to be the future, especially for countries such as Kuwait. For whatever project we invest in in the future, we have a mandate to integrate it with petrochemicals to enhance our value chain.
Supply and demand in the future requires flexibility. We cannot deny the growth in renewables such as solar. It will be like a revolution in the world, even in Kuwait.

KPI recently signed an agreement to expand its electric charging network in Europe. Does this reflect a strategy of seeking out innovative, technology-driven approaches?
Yes, innovation is part of KPC’s 2040 Vision. We do promote greener fuels (LPG and CNG) and sustainable mobility at service stations in Europe, mainly in Belgium and Italy, by installing charging stations for electric vehicles. We always aim to translate long-term innovation into short-term action and these recent initiatives include collaborating with reputed companies for such facilities.
Q8 will steadily increase investments over the years to enhance the sustainability of our European business and we are pleased to offer our customers greater choice in response to the growing demand for sustainable mobility.

For more information on Kuwait Petroleum International, see our business intelligence platform, TOGYiN.
TOGYiN features profiles on companies and institutions active in Kuwait’s oil and gas industry, and provides access to all our coverage and content, including our interviews with key players and industry leaders.
TOGY’s teams enjoy unparalleled boardroom access in 35 markets worldwide. TOGYiN members benefit from full access to that network, where they can directly connect with thousands of their peers.