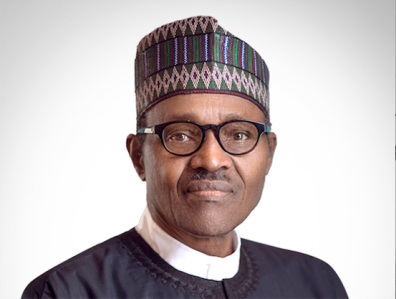 We remain convinced that gas represents a way to the future of Nigeria’s energy industry.

A new era in Nigeria

Nigerian President Muhammadu Buhari talks to The Energy Year about how his administration is fighting corruption and dealing with security challenges while ensuring that the country’s resources are developed in a way that benefits all Nigerians. First elected in 2015, President Buhari was re-elected in 2019 for a second four-year term.

What are the federal government’s key economic objectives?
The intention of our administration is to build a solid foundation for the Nigerian economy. For over five decades, we paid lip service to diversifying the economy, yet we remained tied to the apron strings of oil. It has become so bad that whenever oil prices crash in the international market, the Nigerian economy crashes along with them. This should not be.
Due to the collapse of world oil prices in 2015, the Nigerian economy went into recession the following year. But fortunately, we exited recession after a year, and we launched an Economic Recovery and Growth Plan (ERGP) to last until 2020. We are making steady progress on that path, though it could be faster. We are making gains in agriculture, mines and steel development, manufacturing is getting a boost, and the projections are generally good.
To speed up the process, we have constituted an Economic Advisory Council (EAC) composed of the best brains in economics, which has clear timelines and deliverables. We want the ordinary man to feel the impact of the economy. We want it to touch his life and his pocket positively, and in the shortest possible time. I have no doubt that we will get there.

How important is the fight against corruption in Nigeria?
I have often said that unless Nigeria kills corruption, corruption will kill the country. That was why fighting corruption was one of the major planks on which we built our political campaigns, both in 2015 and 2019.
Since we assumed office, there has been no letup on the war against corruption. The anti-graft agencies have been strengthened, and stolen resources have been recovered by the billions in major currencies around the world. The malefactors have been taken before the courts and some have been jailed, while others are still undergoing trial.
It is estimated that between USD 50 billion and 60 billion are taken out of Africa yearly, and a good percentage of the illicit financial flows originate from Nigeria. It affects growth and development. That is why we are determined to stem the tide, and I dare say we are making progress. There will be no retreat and no surrender.

What have been the key achievements for Nigeria in the security arena?
Without securing a country, it will be very difficult to manage it. That is why we also identified security as another major plank in our campaigns.
Since 2015, we have confronted insecurity frontally. We beat back the Boko Haram insurgency, which started in the northeast and had crept into other regions, threatening to take over the entire country. The insurgents have been badly degraded, and we are determined to make a clean sweep of them.
Other challenges such as banditry, armed robbery, kidnappings, etc. are also being tackled. We are training, retraining and re-equipping our security agencies. The whole world faces the challenge of insecurity, and Nigeria is not immune. But we shall continue to ensure that our people are safe and secure, for only therein can we build a developed and prosperous country.

What are the federal government’s key goals with regards to the oil and gas industry?
Our task is to ensure that Nigeria receives a fair share of oil revenues while encouraging private-sector investment. Our administration is committed to responsibly managing our oil wealth endowments. We will continue to prudently save our oil income and invest more in the non-oil, job-creating sectors.
While we focus on growing production and reserves in the coming months and years, as well as in reducing the cost of producing in Nigeria, we remain convinced that gas represents a way to the future of Nigeria’s energy industry.
We will also continue our fight against the illegal bunkering of crude oil and the smuggling of refined petroleum products across our borders, including the diligent prosecution and conviction of offenders found guilty of these acts.