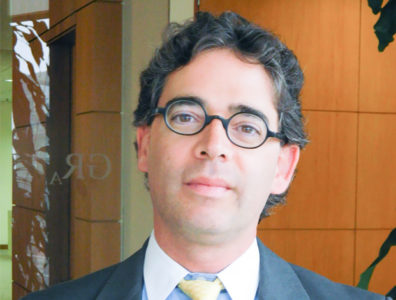 Operators that are newer to the party have a greater transitional gap to face than those companies with previous experience in the market.

A new frontier: Round One Tender and the Mexico Energy Reform

In 2015, the Round One Tender in Mexico will test the new legal framework. Attorney at Mexican legal firm Goodrich, Riquelme y Asociados, David Enríquez, discusses his expectations for Round One tender contracts and requirements for foreign oil and gas operators to succeed in Mexico. Oil and gas companies who will compete for their desired blocks in shallow water, onshore, unconventional and deepwater fields must also contend with the unique challenges in the market, primarily the country’s new legal framework.

The Mexican Energy Reform is the most profound industry reform in history for a country with a GDP equal or greater to that of Mexico. From a macro-perspective, the reform restructured the entire hydrocarbons value-chain and the country’s electricity production and consumption sectors. Liberalisation of the upstream sector is one of the defining attributes of the reform and will commence once the initial awarding bids of the Round One tender are announced in August 2015.

THE NEXT STEP: There are different phases of Round One. The initial stage, Round Zero, took place in August 2014 and allocated 83 percent of the country’s probable and possible reserves, 21 percent of prospective reserves and around 12.5 billion barrels of oil equivalent of proven reserves.

Round One will allocate the identified 169 oil blocks to foreign bidders, with the largest portion being exploratory. There are a number of different contractual models that may be employed while awarding blocks, the terms of which will be determined by the National Hydrocarbons Commission (CNH) and the Ministry of Energy.

The least demanding of these models is the licence agreement and requires less supervision from the CNH, but more from the Ministry of Finance. Potentially, the authorities could opt to use a product sharing agreement, which requires the CNH to act as the analyst of cost allocations and cost recovery. In short, it would require robust supervision.

THE RIGHT MODEL: While licence agreements are the simplest model for any country to implement, because they do not require thorough supervision in terms of cost recovery, they have a distinct similarity to concession models that may create problems further down the line. Concession contracts are prohibited in Mexico because they provide private oil and gas companies with the most liberal rights to the country’s hydrocarbons.

The reform’s architects took into account a variety of different models from all across the world when designing regulatory conditions, including Colombia, Brazil, Malaysia, pre-Chavez Venezuela and Norway. Contractually speaking, the Norwegian model is the most influential, followed by elements from the US and the UK.

Round One contracts will vary depending on each oil block, which will have individual opportunities and risks. An important risk that operators are aware of is that of security in the northern region around Tamaulipas. The federal and state governments are significantly slower to address this issue than some independent market players.

MARKET CONCERNS: One fear is that more progress should have been made to establish security in the area prior to Round One, as well as making clear to bidders that the government is handling things. This is not the case and there is still no resolution.

While this issue may create concerns for bidders on oil blocks closer to higher-risk areas, such as the unconventional blocks in Coahuila and below Tamaulipas, many major international oil companies looking to enter the market have greater concerns on their minds.

The need for these operators to understand the Mexican legal environment takes precedence as most are new to the market. Companies must prepare to start development in August 2015, when the first announcements will be made regarding the winning bids. Some of these corporations have task forces of more than 50 people devoted to transitioning into the new market.

Each operator’s interests vary depending on how much they plan on investing in the hydrocarbons value chain. All players have formed their own version of tier one groups to address this issue.

Operators that are newer to the party have a greater transitional gap to face than those companies with previous experience in the market. Elements present in the new oil and gas framework, such as the corporate taxation system, are not an easy game to play so local specialists are going to be of particular importance during this time. Co-operation is key for these operators to increase their chances of success in 2015.

LOCAL KNOWLEDGE: An additional facet of the oil and gas industry that has required advising services from local companies is the trading leg of the Transoceanic Belt, which is important for super-majors, independents and Pemex’s distribution subsidiary, PMI.

The pipeline system extends 300-kilometres and is capable of transporting hydrocarbons gases from the Gulf of Mexico to the Pacific, where the natural gas can then be shipped to Asian markets.

Most natural gas traded between the US and Asia will pass through this belt, thereby saving a lengthy trip through the Panama Canal. The type of advising services that have been required in such an undertaking has varied from project financing to the co-ordinating of engineering, procurement and construction contracts.