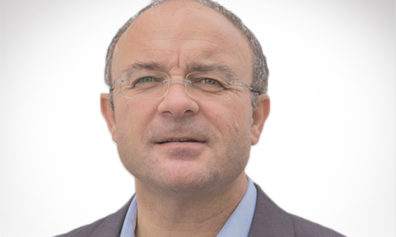 We are moving more and more towards 3D modelling of existing offshore platforms, which makes modifications simpler.

A new level of competition

Michel Hamon, managing director of Doris Engenharia Angola Lda (DEAL), the Angolan subsidiary of DORIS Group, talks to The Energy Year about the impact of the Covid-19 crisis on Angola’s project activities and the increased competition local companies are facing. DEAL provides engineering and technical assistance services for onshore and offshore oil and gas projects in Angola.

How severely has the crisis hit Angola?
In the past few months, the impact has been very strong, with companies taking all of their expat employees out of the country. Activities have slowed down or stopped and remote working has been established as far as possible. Like many other companies, we have asked our employees to stay home during the State of Emergency and set up remote work. It has proven to be successful as we managed to maintain ongoing activities without any negative effects.
However, we are short on a vision for the near and mid-terms. We need to see more clearly how oil companies are going to resume their activities. Obviously, some projects will be put on hold, and others will be delayed or possibly abandoned. Angola has started some momentum to develop oil and gas and we trust that there will be a continuation of this momentum. The planned level of activity might be revised downwards, however, as the low barrel price takes a toll on the local economy.
Like other local companies we will have to adapt and make necessary adjustments in our organisation. This is not the first crisis we have faced, so we will find a way.

How have your activities been affected?
We are active in two fields: technical assistance and engineering. Regarding engineering, we have mainly two projects. One has been put on hold, and we believe that when activities resume, we will have to perform at double speed to catch up. For the other engineering project, we anticipate the activity will drop. Some activities, however, should remain as Angola needs to maintain this programme, while other activities related to future developments will probably be postponed.
Regarding technical assistance, some expatriates kept working in Angola, others who left start to return to Angola and we hope they will keep returning progressively.

Do you anticipate requests for rate reductions for ongoing activities?
We have not been approached for these as of yet. We are currently responding to calls for tenders and we can clearly expect significant competition in these tenders and future ones. Everyone fears being without activity for next year, so we expect tenderers to be aggressive. However, in technical assistance, for instance, if you are too aggressive, you will have difficulties later finding required personnel of quality. Oil companies are aware of that. There is a balance to find and we hope that our experience will be useful.
With this crisis, local content will be challenged. However and because of the sanitary situation and travel issues, I believe local content might be strengthened during the coming months and that there will be opportunities for local companies. Eventually the crisis will present more competition and additional opportunities.

How can the downturn be used to catch up on new technologies?
We always try to bring new solutions in engineering to provide added value to projects, which can of course mean new technologies. We are for instance moving more and more towards 3D modelling of existing offshore platforms, which makes modifications simpler.

How will Angola emerge out of this crisis?
I have no doubt the country will emerge stronger from the downturn. Around three years ago, Angola started to really kick off oil and gas developments and will continue on this path for sure. Foreign investors were already knocking on our doors, so I am sure they will keep looking at Angola as a promising country that will emerge from this crisis. I also hope that investors that are already installed in Angola will have opportunities to stay. Doris Group is more committed to Angola than ever.