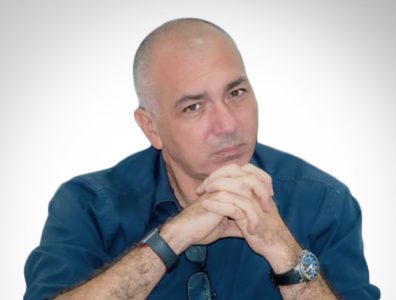 The geopolitics of trading will drastically change after the establishment of this refinery.

Giuseppe Surace, COO of Dangote Oil Refining, talks to The Energy Year about progress on the mega-scale Dangote Refinery and how the company has strategically managed its scope and complexity. The Dangote Refinery, located on the outskirts of Lagos in Lekki, will process crude with a capacity of around 650,000 bpd.

What components make up the mega-scale Dangote Refinery complex?
The facility combines refining and petrochemicals, and also includes a 400-MW power station, as well as crude tank and product tank storage. It’s an industrial city in itself, hosting Africa’s largest refinery – at 650,000 bpd, the world’s biggest single-train facility. Close to the refinery is located Dangote’s fertiliser plant with a capacity of 3 million tonnes per year of urea. The refinery complex is located in the southeast of the Lekki Free Trade Zone and covers a land area of 2,635 hectares [26.35 square kilometres].
The sheer magnitude of this cluster includes 19 different interconnected units, grouped in major blocks, each containing three to four units. For instance, the crude distillation block holds three technical units, and the RFCC [residue fluid catalytic cracking] block holds four units. Further, the MHC has two and the MS block has three units. Each of these primary blocks process oil and streams of the first distillation to produce gasoline, diesel, kerosene, etc.
Other secondary units are the gasoline desulphurisation, hydrogen production, alkylation and butamer units and sulphur recovery. In addition, we have a petrochemicals section for the production of polypropylene and a utilities section for the production of treated water, instrument air and a power plant capable of generating 400 MW.

How has the EPC process changed from the initial design plans?
There was an initial phase of planning before arriving at the actual size and capacity of the refinery. Plans changed, as the refinery was originally planned to have a capacity of 300,000 bpd, which later became 460,000 bpd, and the final configuration reached what we have today: 650,000 bpd. Engineering and procurement dynamics have shifted according to the expansion plans and the impact on the construction has been mitigated with the arrival of extra resources and with the synergy between different teams working to hit the completion target date.

To what extent has the unconventional ownership model enhanced efficiencies?
During various stages of the project, we’ve had to apply a certain ownership model to maximise our performance and ensure self-reliance. For example, we changed the initial contractor strategy for the piling activity. Originally, we had one contractor only in charge of the entire piling works, which included the laying of firstly an estimated 120,000 piles. Later, we decided to acquire 40 piling rigs and we created the conditions to bring in 20-25 smaller contractors and all together laid a total of 200,000 piles. Despite the poor soil conditions, the overall performance was exceptional with up to 700 piles laid per day in the last quarter of 2018.
Also, during the early stages, we had to find a way to minimise the time spent for the supply of stone aggregate. For this reason, instead of having many contractors and subcontractors with different decision makers, we decided to take on the burden and control the entire supply chain. We bought a fleet of 1,500 trucks to do the logistics, managed the quarry and transported 40,000 tonnes of stone aggregates and sand to site.
We now have the largest batching plant in Africa, producing up to 30,000 cubic metres a day of concrete with a total of 2.5 million cubic metres of concrete produced so far for the project. A shift away from using third-party contractors has enhanced our efficiency.
A similar ownership model was applied to cranes. Dangote bought and owns all the cranes up to 1,600 tonnes – these have been a fantastic tool for risk mitigation as we haven’t had to depend on contractors. We only had to engage Mammoet for three special lifts that required cranes of 5,000 tonnes, plus the provision of some 2,000-tonne cranes and for the transportation of some special items from our jetty to the site.

What management approach have you taken for a project of this scope?
We have seven main construction contractors, each of them in charge of the construction of a number of units, in line with their capabilities and with a vertical breakdown, thus minimising the contractors’ interfaces. For example, the four major blocks were assigned to one contractor only, which, like the other contractors for other blocks of units, is solely responsible for the mechanical and E&I construction. Each of these main construction contractors is monitored, assisted and managed by Dangote’s head of unit with his own team of professionals of the various disciplines with a total workforce of around 1,000 people.
Together with Engineers India Limited as engineering contractor and PMC consultant, we are succeeding in co-ordinating and managing successfully all the stages of the project.
We have 40,000 workers at the peak of the project, not to mention the array of different subcontractors. This means that organisation has to be dealt with effectively and efficiently. One of the successes when dealing with this has been our unconventional approach, with the proximity of our corporate management to the day-to-day administration. Our corporate directorate is constantly at the refinery, with eyes and ears on site so as to know the ins and outs of the project and to be in a condition to take decisions within a short time. This is all with a matrix organisation with disciplined management.

What have been some of the greater challenges and how have you overcome them?
Infrastructure has been a major challenge. The amount of material and number of contractors feeding us with all the aggregate material was huge, and the roads and tracks were not in an optimal state. This led us to construct a major road, in six months, to avoid bottlenecks. Even a simple task like the construction of the 35-kilometre fence around the facility entailed planting the foundations, installing security systems and so on, which was a project in its own, demanding specially dedicated attention and resources.
Then we had Covid-19. Luckily enough, the process of bringing in all the modules that were built worldwide had already been done successfully. Nevertheless, the pandemic impacted us in terms of delays in the arrival of some of the last ordered materials. Despite this, during 2020 we continued working and managed to hit 28% progress in construction, which I consider a great achievement.

Tell us more about the feeding and evacuation design of the refinery.
Our offshore pipeline was commissioned in May 2021. All our SPM [single point mooring] and hose connections have been installed, which means that at any moment we are ready to receive vessels for crude or other products.
Our feeding system is through large vessels that will come and connect through hoses to our SPMs. We have the capability of bringing in ultra-large vessels as we have a 45-metre draught. We have five floating buoys which are then connected to the shoreline by offshore pipelines. The refinery may receive crude oil from almost anywhere, with a preference for Bonny Light. The only types of crudes we don’t process are heavy and waxy ones such as Venezuelan, Ugandan or tar crude.
The products evacuation design is such that 75% of the total refined production can be destined either for the local market or for export through our SPMs and 75% via onshore loading arms for the local market only. We believe that Nigeria will eventually be the sole consumer, but exports will be done as necessary. The geopolitics of trading will drastically change after the establishment of this refinery. As a consequence, the downstream landscape not only in West Africa but also in Europe will change.

What interest does the Dangote Group have in enhancing its fertiliser business given in-country and export potential?
The plant itself is a venture of USD 2.5 billion, with a capacity of 3 million tonnes per year of granulated urea, which has ranked Nigeria among the leading countries for urea production. Our fertiliser plant recently [June 2021] started the sale of the urea.
I’m not directly involved in the fertiliser project and agribusiness but, in general, my personal view is that agribusiness has huge potential in Nigeria and the government is committed to making agriculture a mainstay of the economy. The market here will grow but there is still a lack of education regarding the utilisation of fertiliser. By using the products coming from the Dangote fertiliser plant, farmers can improve the number and production of their crops. I’m also sure that agribusiness is very important for the Dangote Group and that the appetite of the group might lead to an expansion of the plant.

What is the capacity of the power plant and who supplied the different turbines?
The power plant generates 400 MW itself, to which is added an extra 50 MW recovered from the RFCC unit, which is fully integrated with the power plant. This is also interlinked with 120 MW coming from the fertiliser. So overall, we have a 570-MW capacity. This generation capacity is used to power the whole complex, which will consume around 300 MW per day.
The gas turbines in the refinery were supplied by Baker Hughes General Electric, while the steam turbines come from HTC [Hangzhou Steam Turbine] of China. The heat recovery and auxiliary boilers come from India’s Thermax.