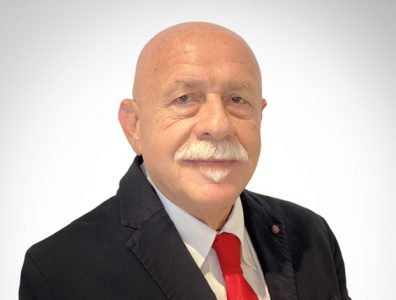 There is now a specific interest from Italy in the potential projects outside of oil and gas in Angola.

A revival of Italian interest in Angola

Mario Cabrini, president of the Angola-Italy Chamber of Commerce and Industry (CCIAI), talks to The Energy Year about the state of Angola’s oil and gas industry and the role of Italian companies in advancing key projects. CCIAI was formed to support business ties between Italy and Angola and attract Italian FDI into the country.

How do you assess the state of the oil and gas industry in Angola?
The oil and gas sector has been changing since 2007. Before then, it was the primary sector generating energy and wealth. Now, they understand that with the lower gas prices and lower production, the cost of producing oil and gas is increasing. They have to find another way to drive the economy.
President João Lourenço has tried to take a different view of investment in Angola. Before this reform, if you wanted to invest in Angola as a foreign company, the minimum was USD 1 million. Now, there’s no minimum. And before, you had to have a local partner. This is no longer the case. It is more flexible. There is also a law regarding the transfer of revenue abroad. But despite these positive changes, the country still has a big problem with access to foreign currency. Not all companies can transfer their revenue.

Is there a renewed interest from Italian companies in Angola?
There is a renewed interest in the country, but the problem is that transferring currency abroad is not possible. When an international company contacts a local partner to do business, the local bank cannot give this partner the financial guarantee they need to undertake the job.
If you ask an Angolan bank for a guarantee, it’s practically impossible. The costs are too high. For a USD 35,000 guarantee, the bank asks for the equivalent of USD 20,000 in local currency. Usually this share is 1% or 2% of the deal, not 60%.

To what extent are we seeing Italian companies developing renewable energy projects in the country?
Eni launched a 50-MWp photovoltaic plant project through a joint venture with Sonangol called Solenova, in the Namibe province.
Another Italian company, Autechno, came two or three years ago and made a presentation to Prodel, the Public Electricity Production Enterprise, for a solar park of 5 MW. At the moment there is no financing to pursue this project, however.

What are the most important Italian companies in Angola?
The biggest is Eni Angola: besides Block 15/06 with two producing hubs, Eni currently operates four blocks in the exploration phase (onshore and offshore) and the first development of non-associated gas in Angola.
Further to oil and gas and renewables, Eni is working with Sonangol for the expansion of the Luanda Refinery, with Maire Tecnimont Group involved through its EPC contractor (KT-Kinetics Technology) for the execution of the project.
With the aim to produce high-octane-number gasoline to be commissioned in the coming years, and considering the expected production, I can easily say that this project will be ready to cover 50% of the consumption of gasoline in Angola.
The increased production of diesel would be an important step to drastically reduce diesel importation, which weighs on the trade balance with a huge disbursement of foreign currency.
There is also Saipem, which has a local company, Petromar, in a joint venture with Sonangol.
Then there is ES-KO, building prefabricated camps for accommodation and offices, including all the services (power supply, catering, maintenance, laundry, etc.).

What other business interests do Italian investors have in Angola?
There is now a specific interest from Italy in the potential projects outside of oil and gas in Angola – for example, in the new rail line, in construction and management, as well as in port facilities and transportation. This is a new development that may be interesting in the coming years.
The country needs to increase local production of everything, apart from oil and gas. But if you produce food, for example, and there is no way to transport it – it’s pointless. They need logistics, transport, good roads and railways, and storage capacity. In Angola, operating since 1990 is Inalca Angola, belonging to Italy’s Cremonini Group, distributing meat and other foodstuffs and now engaged in food processing investments. This was an inevitable step, since only through state-of-the-art processing plants can there be a full enhancement of local agricultural production and a reduction in dependence on imports.