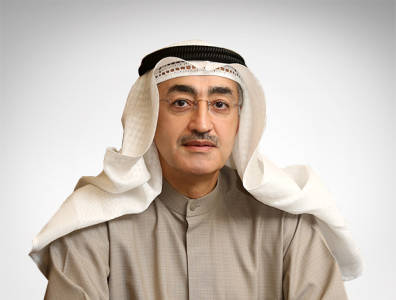 Kuwait has been blessed with one of the lowest oil production costs in the world due to our relatively simple geology and geographically close fields.

Jamal Abdul Aziz Jaafar, CEO of Kuwait Oil Company (KOC), talks to TOGY about the impact of OPEC cuts, the importance of international partnerships and opportunities in the country's offshore sector. KOC is a subsidiary of state-owned Kuwait Petroleum Corporation and is involved in exploration, drilling and the production of oil and gas within Kuwait.

Headquartered in Ahmadi, KOC is Kuwait’s state-owned E&P company. It was established in 1934 as part of the Anglo-Persian Oil Company, which is now BP and the Chevron Corporation, and has since been brought under the umbrella of the Kuwait Petroleum Corporation. The company had immediate success with its early exploration activities. In 1938, oil was found in the Burgan field, a play with oil reserves estimated at between 66 billion and 75 billion barrels and around 19.8 tcm (700 tcf) of natural gas.

•  On ETSAs: “In the 1990s, KOC engaged IOCs through technical services agreements, in which IOCs provided highly specialised personnel to be embedded within KOC teams. These agreements have evolved into ETSAs, in which remuneration is based on performance and includes the training of Kuwaiti staff for the purpose of upgrading their capabilities to international standards. Furthermore, Kuwait benefits from the latest technologies available in the market.”

•  On the environment: “Environmental concerns and increasing carbon dioxide emissions must be addressed. Strategies that can be applied include ensuring minimum flaring in operations; implementing proper handling of pollutant elements such as sulphur; ensuring operational excellence to minimise gas emissions and oil spills from operations; and modernising refineries to produce top-quality fuels only.”

Jaafar also discussed plans for the country’s rig count. Most TOGY interviews are published exclusively on our business intelligence platform TOGYiN, but you can find the full interview with Jamal Abdul Aziz Jaafar below.

How do OPEC’s late-2016 production quotas affect KOC’s current and future production?
By the end of 2016, we had a production capacity of 3.1 million bopd and we were producing more than 2.8 million bopd. With the start of January 2017 and the OPEC agreement, we aligned our production levels according to what OPEC has asked us to deliver. We will continue doing so until we get another directive from either the minister of oil or KPC [Kuwait Petroleum Corporation] that requires us to push production higher than what is now required by OPEC.
This will not stop us from developing our facilities to reach capacity levels higher than what was agreed to. By 2020, KOC is committed to continue building oil production capacity to reach 3.65 million bopd, and the projects that will allow us to reach such a goal are currently under execution.

How important are international partnerships and enhanced technical service agreements (ETSAs) to Kuwait?
Since the 1990s, the KOC and KPC boards have realised and approved the imminent need for IOC support to achieve KOC’s strategy of producing 4 million bopd. IOCs have proven their capability in addressing the technical challenges facing our operations to increase hydrocarbons production while maintaining the integrity and lifetime of reservoirs.
IOCs own the technologies capable of resolving such complex issues. KOC has been facing tremendous technical challenges, especially as hydrocarbons production has moved from primary production into secondary and tertiary production. In other words, we have passed the era of easy oil and require special technologies to overcome such challenges.
In the 1990s, KOC engaged IOCs through technical services agreements, in which IOCs provided highly specialised personnel to be embedded within KOC teams. These agreements have evolved into ETSAs, in which remuneration is based on performance and includes the training of Kuwaiti staff for the purpose of upgrading their capabilities to international standards. Furthermore, Kuwait benefits from the latest technologies available in the market.
KOC aims to continue to improve its collaboration and partnerships with IOCs in order to meet our strategic targets.
KOC has signed four ETSAs with IOCs. Three are with Shell, handling heavy oil, Jurassic gas and the conventional fields in North Kuwait. They are progressing well and we have agreed on some deliverables. Shell’s people are helping us with our plans to enhance production and introduce new technologies to reduce costs and increase the efficiency of our operations. The other ETSA is with BP in the Greater Burgan area in southeast Kuwait.

How has Kuwait continued to develop its oil and gas industry despite the low oil price?
We are increasing our rig count to 140 in 2017. Several factors support the decision to continue growing our drilling and project activities despite the low oil prices that have been in place since 2014.
Firstly, Kuwait has been blessed with one of the lowest oil production costs in the world due to our relatively simple geology and geographically close fields, allowing us to continue producing oil from existing reservoirs and developing new areas of production with high profitability that provide the revenues needed.
Additionally, we have been implementing several cost-reduction measures that are allowing us to optimise the resources needed to maintain and increase our oil and gas production capacity. We are very well positioned to continue being a reliable supplier to global oil markets and providing the resources needed for the prosperity of Kuwait, which is the ultimate goal of our long-term strategy.

What are the main challenges the GCC’s energy market faces and the best strategies to address them?
A primary challenge is the continued low price of oil and gas in global markets. The GCC’s oil and gas producers must continue to optimise production and reduce costs in order to remain competitive in the long term.
Another challenge is the development of “difficult” or unconventional oil and gas resources. It is necessary to invest in qualified, local human resources and promote alliances with technology leaders and oil companies with proven expertise in these areas.
The rapid increase in domestic energy demand due to population increase reduces revenues from exports. Energy consumption efficiency has to be promoted at all levels, including the rational use of electricity and water, and the use of renewable energy resources in buildings, roads, steam generation and oil production projects, among others.
Lastly, environmental concerns and increasing carbon dioxide emissions must be addressed. Strategies that can be applied include ensuring minimum flaring in operations; implementing proper handling of pollutant elements such as sulphur; ensuring operational excellence to minimise gas emissions and oil spills from operations; and modernising refineries to produce top-quality fuels only.

What are KOC’s medium-term objectives and where do you see the company by 2020?
KOC is handling more than just oil and gas production. KPC’s target is to maintain a way of employing more Kuwaiti graduates. As part of KPC, we are also creating employment and career development opportunities for new Kuwaiti professionals.
KOC is entrusted to continue exploration activities to ensure a continuous reserve replacement of the oil and gas that are produced. We just finished the seismic survey for the bay area and the coastal area all the way from North Kuwait to the Shuaiba area in the south. Together, this will give us a good picture of the reservoir potential available in Kuwait.
We will continue developing oil and gas production capacity, either by increasing the recovery factor from existing reservoirs or by developing new oil from recently discovered prospects.
To continue being successful in our exploration and production development activities, we are very active in the implementation of new technologies being developed or adapted by the Kuwait International Petroleum Research Center, following directives from KPC.
In this regard, we are going to sign a contract for the construction of a KOC centre that will try and deal with the problems we are facing upstream, which will not only benefit KOC but also Kufpec [Kuwait Foreign Petroleum Exploration Company] and KGOC. The downstream might be examined at a later stage.
The main challenge is to control cost per barrel, critically important in the low price environment that has been in place in the last two years. We have to remain operational and bring costs to a level that will allow KOC to continue providing the revenues needed by the State of Kuwait for its development.

For more information on KOC’s operations in Kuwait, see our business intelligence platform, TOGYiN.
TOGYiN features profiles on companies and institutions active in Kuwait’s oil and gas industry, and provides access to all our coverage and content, including our interviews with key players and industry leaders.
TOGY’s teams enjoy unparalleled boardroom access in 35 markets worldwide. TOGYiN members benefit from full access to that network, where they can directly connect with thousands of their peers.