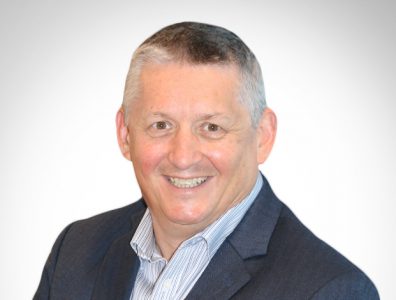 It still needs the political will, but the economics are tipping over to green hydrogen.

Malcolm Cook, thyssenkrupp’s head of sales and business development for the Middle East, talks to The Energy Year about the company’s role in developing the hydrogen economy and the prospects and challenges that lie ahead for green hydrogen. thyssenkrupp provides engineering, construction and services for industrial plants and systems.

How is thyssenkrupp helping to decarbonise the energy industry?
Our company has two roles to play in decarbonisation. Firstly, we have a steel business segment within our company which is a heavy energy consumer in Germany. Secondly, we provide technology for manufacturing hydrogen, focusing on green hydrogen and green chemicals. The company is committed to a 30% reduction in our carbon footprint by 2030. Considering that we are one of Europe’s largest steelmakers, this is a substantial challenge.

What is holding back the further scaling-up of hydrogen projects?
Looking back 10 years, one could say the process is similar to the ramp-up of solar power that we witnessed. We have gone from a very small scale to a large scale, and the cost has come down accordingly. This change is not taking long but it needs the technology, the political will and the development of the infrastructure for the large-scale projects. Our water electrolysis technology has been selected for the world’s largest project for green hydrogen – the Neom project in Saudi Arabia.
The main driver for green hydrogen has been the lowering of the electricity price from the solar plants and other renewable energy sources. We have witnessed record low prices in the last couple of years for power here in the UAE. This thus makes green energy very attractive from a purely economic point of view. It still needs the political will, but the economics are tipping over to green hydrogen.

How do you assess the potential for hydrogen in the region?
Importantly, we foresee huge potential for the exporting of hydrogen from countries such as the UAE and Saudi Arabia because they are now able to produce low-cost green hydrogen and then export it, in the same way oil is exported, to markets with the energy demand in Europe and Asia.

What is needed to unlock the demand for hydrogen?
You have to look at a couple of different sectors such as green mobility and infrastructure, which is starting to develop in Europe, and the industrial sector, which is more advanced at the moment. An important factor to take into consideration is the existing gas pipelines and gas pipeline corridors. You can either fit hydrogen into the network, using up to 10% or 15% of capacity, or you can go the other way and fully convert gas pipelines into hydrogen pipelines.

Is this a capital-intensive investment?
It really depends on the network and its condition, and it varies from place to place. There are many pipeline companies and gas transmission companies in Europe studying this.

How can we further reduce the cost of hydrogen production?
We are cutting costs with every new project. In comparison to our carbon capture demonstration plant in Germany [part of the Carbon2Chem project] where we have a 2-MW electrolyser, we will have a 20-MW module at the Neom green hydrogen project and this has seen a significant reduction in cost. The next step will see this capacity at NEOM scaled up to more than 2 GW.

What distinguishes your water electrolysis technology from the competition’s?
The basic principle of water electrolysis is the splitting of water into hydrogen and oxygen using an electric current. Our technological leadership is based on our electrolysis process from chlor-alkali electrolysis, which has been established for decades, with a total installed capacity of more than 10 GW in more than 600 reference plants worldwide and consistent investment in research and development.
To make the construction of new hydrogen plants as simple, cost-effective and flexible as possible, we offer our electrolysers in prefabricated standard modules. These can be easily transported, installed and interconnected to form various plant sizes up to several hundred megawatts or gigawatts. Besides, alkaline water electrolysis is currently the only technology for hydrogen production that is available on a scaled basis – i.e., that is at all suitable for large-scale, centralised applications that are especially interesting for applications in this region.

How can the UAE’s downstream sector benefit from hydrogen?
Hydrogen can be used to make methanol, fertilisers such as urea, ammonia and synthetic natural gas. Among downstream chemicals, there are two that are very important to us. One is ammonia, and a few years ago we supplied the technology for ADNOC’s ammonia plant at Ruwais. We can use green hydrogen to make ammonia very easily. In fact, it is much easier to make ammonia from hydrogen than from gas. Ammonia might play a crucial role as maritime and haulage fuel.
The other important chemical is methanol. It is a basic building block for the industry and it can be used as a fuel directly.

What are the main challenges for the full integration of the hydrogen ecosystem?
The full integration entails ensuring that the grid is stable 24 hours per day. Luckily, the UAE is developing a very strong base on the nuclear side which will take away some of the demand for gas. That will make balancing the grid easier. Hydrogen is then manufactured during the day, and then if you need additional power in the grid, you can feed the hydrogen back as a power source to develop power at night when the sun isn’t shining.

Do you mean using the hydrogen as storage?
Yes, as storage capacity. Large-scale hydrogen is quite easy to store. In fact, you can feed the hydrogen back into the fuel cell or via a hydrogen turbine to generate power that way.
In addition, hydrogen from electrolysis is ideal not only for storing energy over long periods of time but also for balancing our short-term fluctuations, i.e., stabilising power grids.

How do you see hydrogen shaping the future of green mobility?
We see the future being in the heavier end of the modes of transportation, namely buses, trains, trucks and ships. We have seen that, as it relates to cars, hydrogen is competing with battery electric and the infrastructure is laid out strongly for the battery aspect. For hydrogen, you could utilise the same infrastructure that we have for petrol or gas stations, but you would have to build separate pumps and storage so it would take quite a lot of investment on that side.