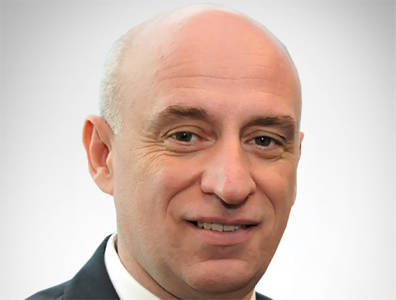 The government, particularly the Neuquén provincial government, has shown it is willing to put in place the conditions that unconventional resources require, and has already taken steps to adapt policies to suit this type of hydrocarbons development.

In 2010, EMEA moved into the Vaca Muerta formation, where it has operations in areas spanning around 3,642 square kilometres. With partner Gas y Petróleo del Neuquén, EMEA discovered shale oil and gas at Bajo del Choique in May 2014, and in December the same year, the companies made a second discovery at La Invernada. In December 2015, they received approval for a USD 229-million initial investment plan for the field developments. ExxonMobil owns an 85% working interest in the blocks, with Gas y Petróleo del Neuquén holding the rest.

• On import restrictions: “Competitiveness can be improved through removing import barriers. For example, there are restrictions on importing used equipment that, if we could easily access, would reduce costs and speed up activity.”

• On attracting investment: “Attracting investment requires developing policies that demonstrate to investors that a stable, open market exists. For the oil and natural gas industry in Argentina, that means transitioning to a market-based system with reduced regulation.”

Besides these topics, TOGY spoke to Daniel De Nigris about EMEA’s pilot programmes in the Bajo del Choique and La Invernada fields, the challenges it faces in efficiently developing resources and its collaboration with its subsidiary XTO Energy. Most TOGY interviews are published exclusively on our business intelligence platform TOGYiN, but you can find the full interview with Daniel De Nigris below.

What have been EMEA’s main developments in Argentina in 2016?
This is a really exciting time for EMEA, and we have been busy planning and executing a pilot project in the Neuquén province, in the Bajo del Choique and La Invernada blocks. Additionally, we are a partner in several other blocks, including Los Toldos, Loma del Molle, Pampa de las Yeguas, Sierra Chata and Parva Negra, all of which have either drilling or production activities underway.
Looking back over the past few years, we completed drilling at Bajo del Choique, which EMEA operates in a joint venture with Gas y Petróleo del Neuquén, toward the end of 2014. The drilling results from that well were particularly impressive, and demonstrated to us that the shale in that area of the province held great promise as a liquids-rich unconventional resource. We followed this up with similarly positive results at the La Invernada block.
Those results encouraged us to proceed with a pilot project, after the Neuquén provincial government granted us a 35-year unconventional exploitation concession in late 2015. We unitised the two blocks, and then started detailed planning and execution of the pilot project. That work has continued into 2016.

What does this pilot project entail?
The approval of the pilot project by the provincial government of Neuquén was great news for us. The Neuquén province has demonstrated its commitment to developing the oil and natural gas industry, and we have been pleased by its focus on creating an environment that encourages investment in the province.
The pilot project itself is a five-well programme that will also include early production facilities, a gas pipeline and an oil terminal. We started drilling the first well in late August 2016. The horizontal leg of the first pilot well reached the target of 2,500 metres, making it the longest horizontal well drilled in Argentina to date.
XTO Energy, an ExxonMobil subsidiary, is providing assistance on the pilot project. XTO specialises in unconventional resource development. The company operates more than 30,000 wells throughout the USA and Canada, and is present in all of the major unconventional plays in the USA.

What challenges does EMEA face in finding the optimal formula for efficient development of unconventionals?
While the oil and natural gas industry in Argentina has been around for many decades, unconventional resource development is still relatively new. I think the government, particularly the Neuquén provincial government, has shown it is willing to put in place the conditions that unconventional resources require, and has already taken steps to adapt policies to suit this type of hydrocarbons development.
There are a few challenges we face, particularly in relation to the costs of doing business. We would like to see the government and industry continue to work together to find ways to drive efficiencies, which will result in economic benefits across the board.
Overall productivity and competitiveness are key, since investment will flow to the highest-return opportunities. In the long term, it benefits everyone – E&P companies, services companies, resource owners, governments and workers – to reach a level of international competitiveness.
In a similar vein, we believe that competitiveness can be improved through removing import barriers. For example, there are restrictions on importing used equipment that, if we could easily access, would reduce costs and speed up activity.
Logistically, we also face challenges with evacuating the gas from Vaca Muerta, and we are working with others in the industry to find ways to do this efficiently.

What has been the impact of government policies on the energy industry?
We have been pleased by the steps the new government has already taken to improve the energy industry. We would like to see that effort continue to stimulate further investment. There is no denying the government has a tough job to achieve that, but we are encouraged by what we have seen so far. We also recognise that change on this scale takes time.
Attracting investment requires developing policies that demonstrate to investors that a stable, open market exists. For the oil and natural gas industry in Argentina, that means transitioning to a market-based system with reduced regulation.

What is the role that Vaca Muerta will play in ExxonMobil’s operations?
We are very proud that we have been in Argentina for more than 100 years. While the business has changed over that century, Argentina has remained an important country in the ExxonMobil global portfolio. We believe the Vaca Muerta formation has a lot of promise, and we are hopeful that we can turn our pilot project into a commercial development which, along with other developments, will help advance the industry and stimulate economic growth.

How is EMEA working with XTO to develop resources in Argentina?
As the world’s largest, publicly-traded integrated oil and natural gas company, we bring our global experience and expertise to Argentina, which we couple with XTO’s extensive experience in unconventional resource development. XTO advised on the early work that ExxonMobil did in the Vaca Muerta basin, picking landing points and advising on the completion. Since 2015, the company has taken a more active role, and is providing advice and technical support for our plans so we can leverage XTO’s experience.

What is EMEA’s hydrocarbons development strategy for the next five years?
For the next five years, we will be working hard on the pilot project at Bajo del Choique and at the recently approved pilot at Pampas de las Yeguas, in addition to further delineation of other blocks, to assess the results and test the wells. We will also integrate information that we have gathered from the other wells we have drilled in the basin with our partners.
We expect to be in a position to make a decision about full development by the time testing is completed. This decision, of course, depends not only on those results, but also on the conditions the country puts in place with regards to energy development.
We also expect to see developments in our other blocks, but at this stage, it is too early to speculate what specific activities will be underway there.
During all of this work, we will be supported by our Business Support Centre [BSC], a key part of our portfolio of activities in Argentina. The BSC is part of a larger ExxonMobil global network of centres and provides important human resources, tax, controllers, information technology, procurement and other support to ExxonMobil affiliates in the Americas, Europe and Africa. It was established in 2004 and now employs around 1,600 highly qualified people.

For more information on ExxonMobil in Argentina, such as its work in Vaca Muerta, see our business intelligence platform, TOGYiN.
TOGYiN features profiles on companies and institutions active in Argentina’s oil and gas industry, and provides access to all our coverage and content, including our interviews with key players and industry leaders.
TOGY’s teams enjoy unparalleled boardroom access in 32 markets worldwide. TOGYiN members benefit from full access to that network, where they can directly connect with thousands of their peers.